My daughter Madeline and I had been planning for months to go to Oshkosh together this year. We even took the time to make a couple of custom shirts to wear while there. 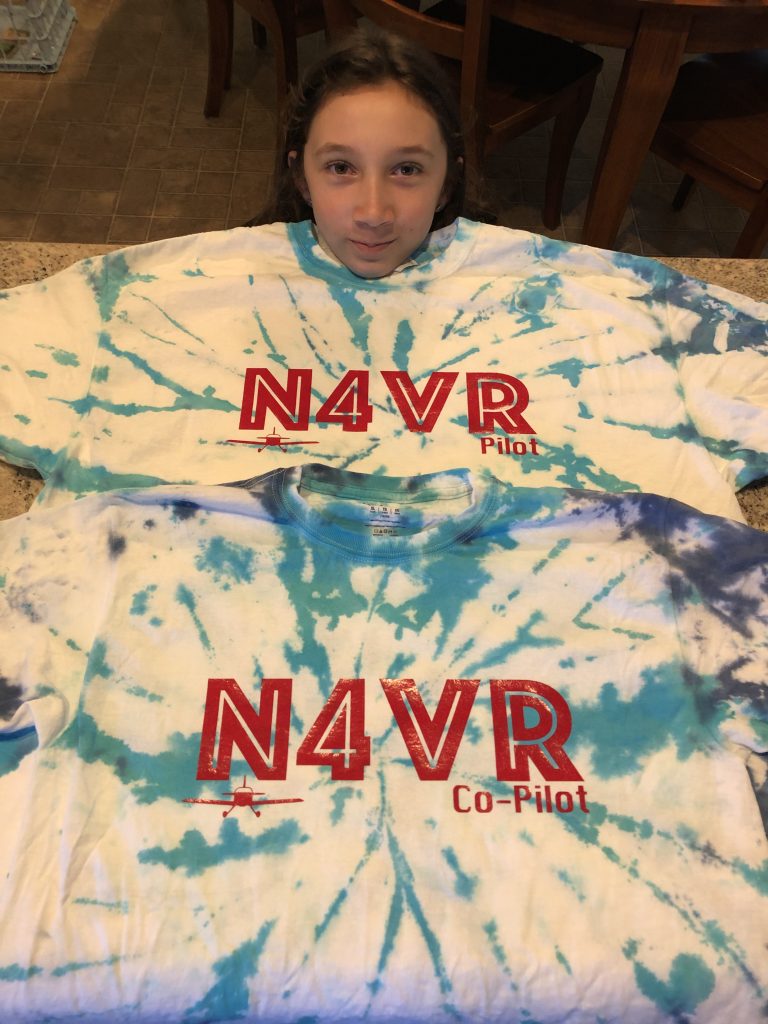 She and I took off the Friday before Oshkosh for an overnight stop in Salt Lake City to visit some family. It was a little bumpy, and her stomach started hurting on the flight there. We decided to stop at Wendover, Utah to rest and see how she felt. After about an hour there, she felt like she just couldn’t make the rest of the flight. We talked about having my wife fly out to Salt Lake City and bring her back commercially, but I decided the easiest thing to do was just fly back to CA. Since she knew we were headed home, she toughed it out and we got back without issue.

My buddy Marc heard I was heading back and that I’d have an open seat. He quickly messaged me and we arranged to leave the next morning. 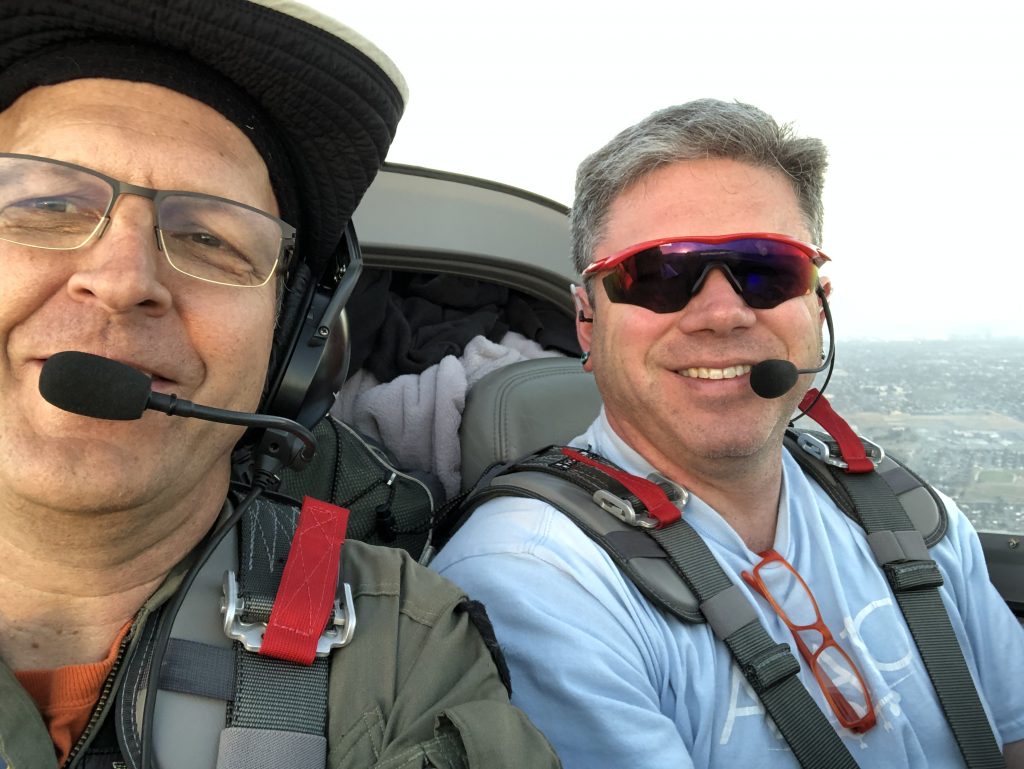 With two of in the plane, we were packed to the top of the rear window. 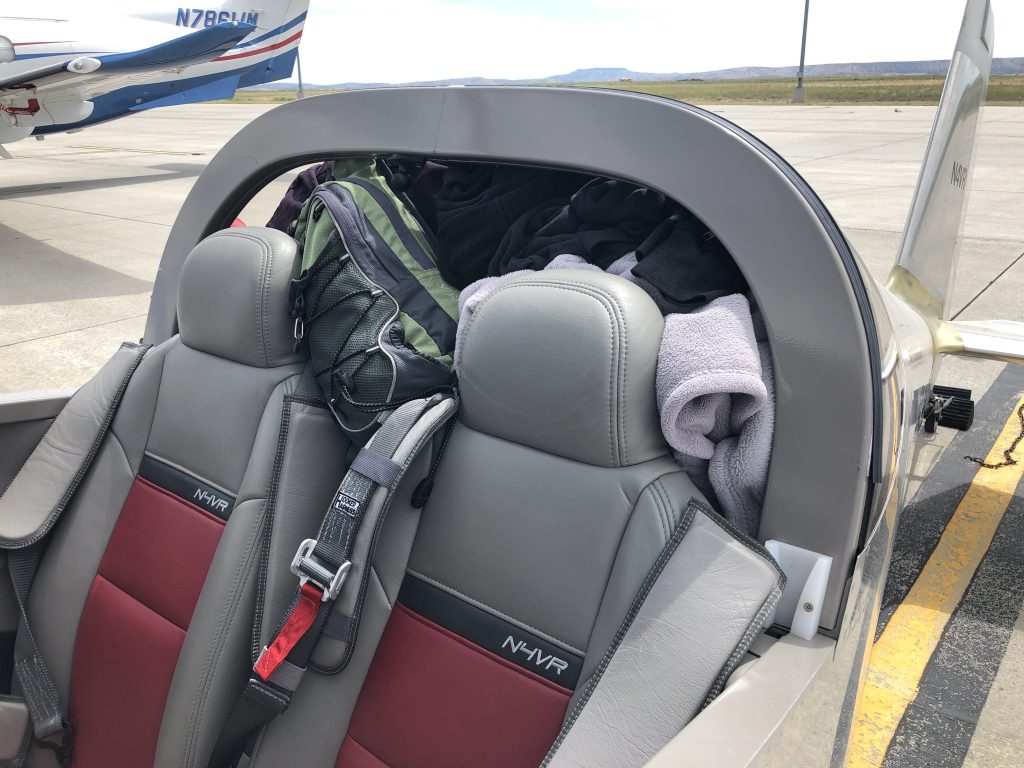 There literally wasn’t a tiny bit of space remaining in the back. 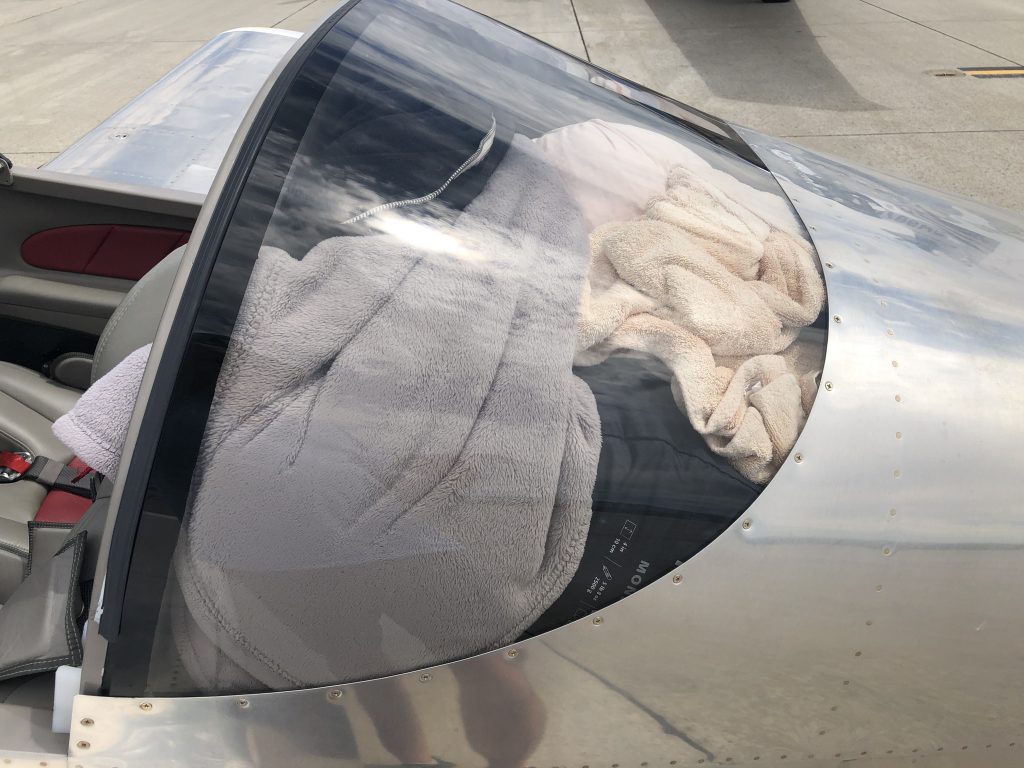 We even had to put some gear under our legs, both for space and CG reasons. 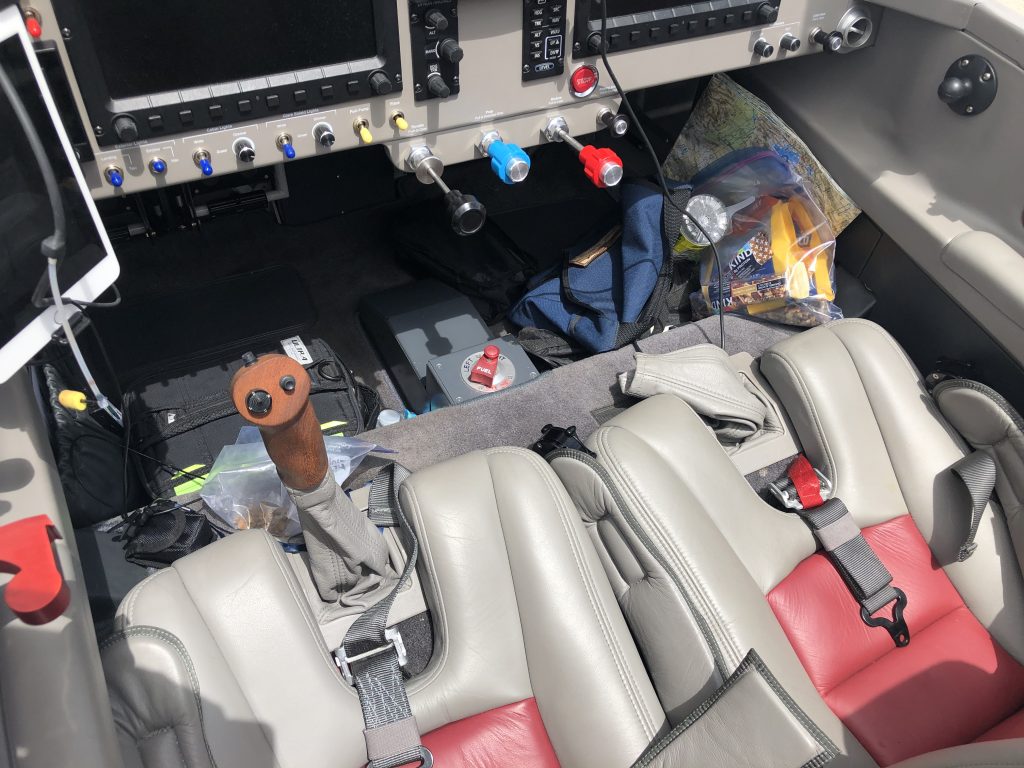 We made it to Yankton, SD with one fuel stop and were lucky enough to grab a spot in a hangar since there was a storm forecast with the possibility of hail. The storms in the area had already soaked the campgrounds at Oshkosh, so arrivals were closed anyway.

Yankton, SD was a fantastic place to stop for the night. In addition to the lowest fuel prices for 100mi, the local EAA chapter provided breakfast, lunch, and dinner as well as snacks and drinks 24/7. The FBO even remains open and allows people to sleep on the couches and recliners. 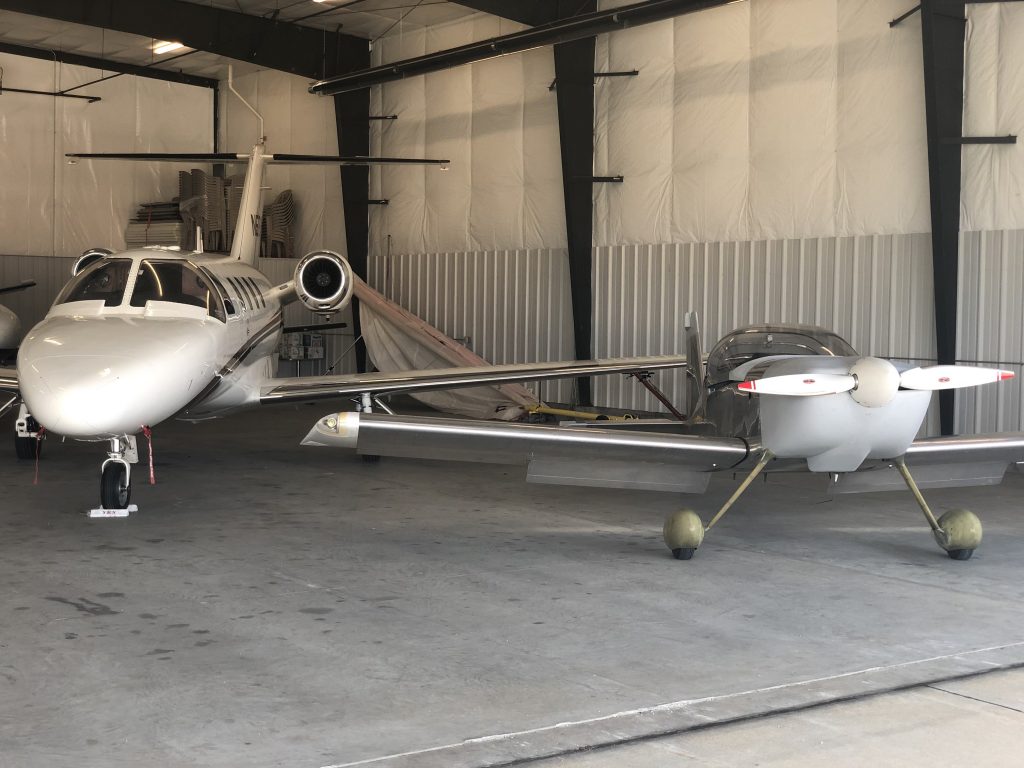 We got there mid-afternoon, so we borrowed one of the two crew cars and went exploring. We visited the Gavins Point Dam. 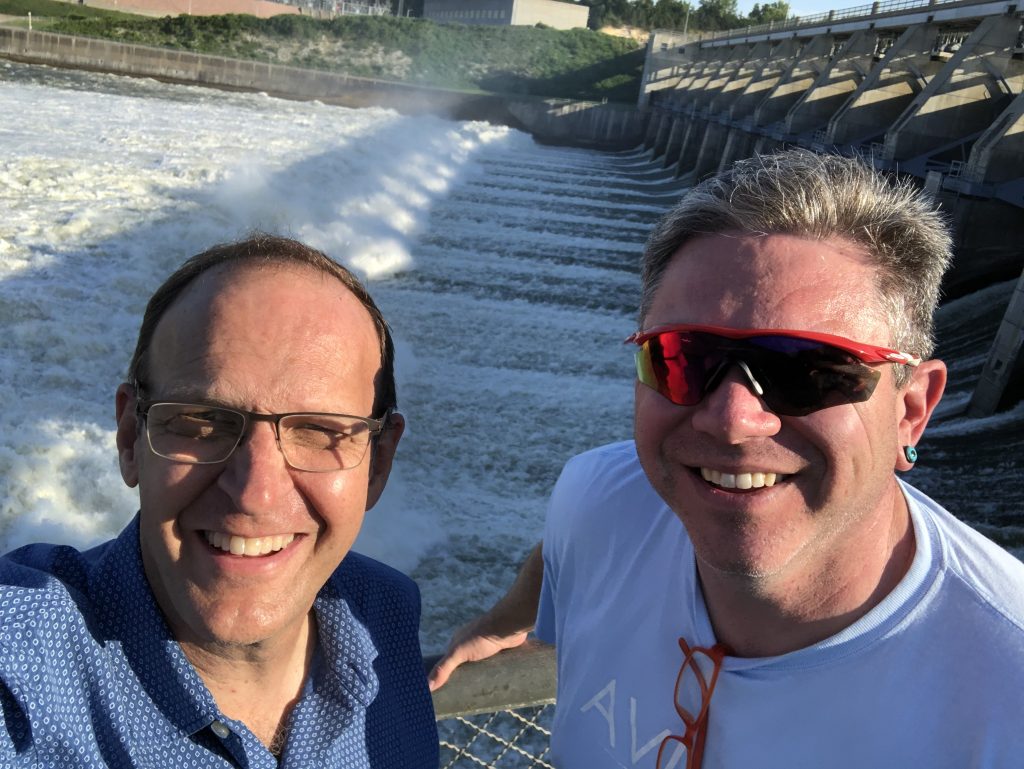 The dam was releasing tens of thousands of cubic feet of water per second, and it was really impressive to stand next to it. 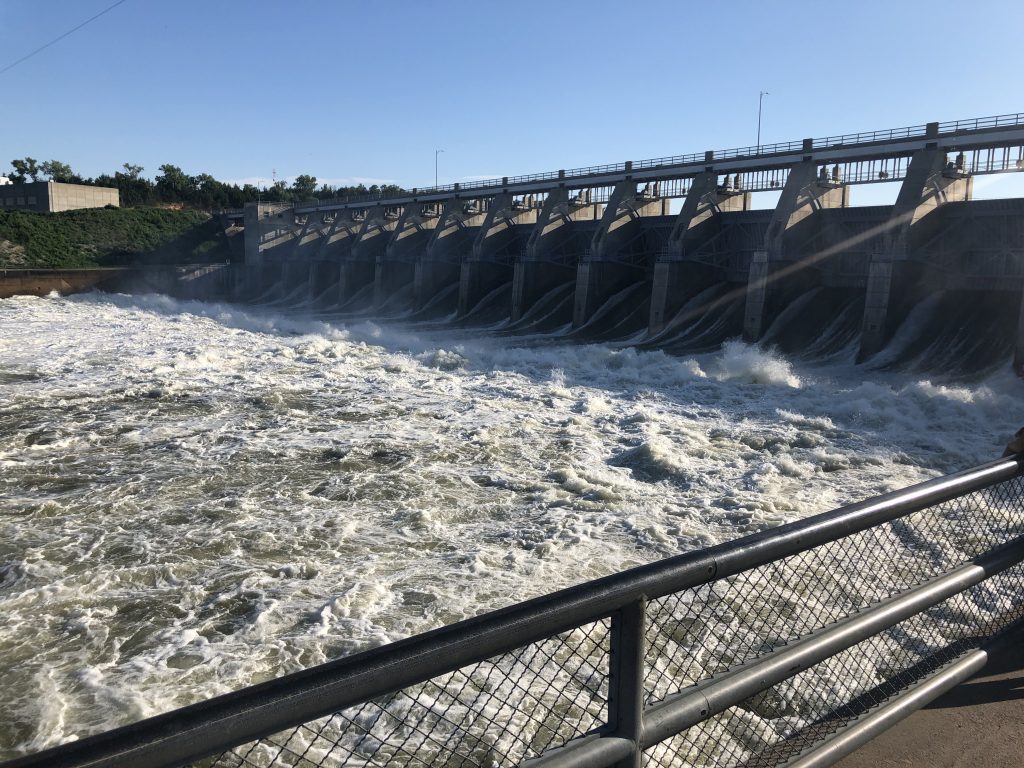 We found a go-cart track on the way back from the Dam and and Marc and I had some fun sliding these carts around the track. 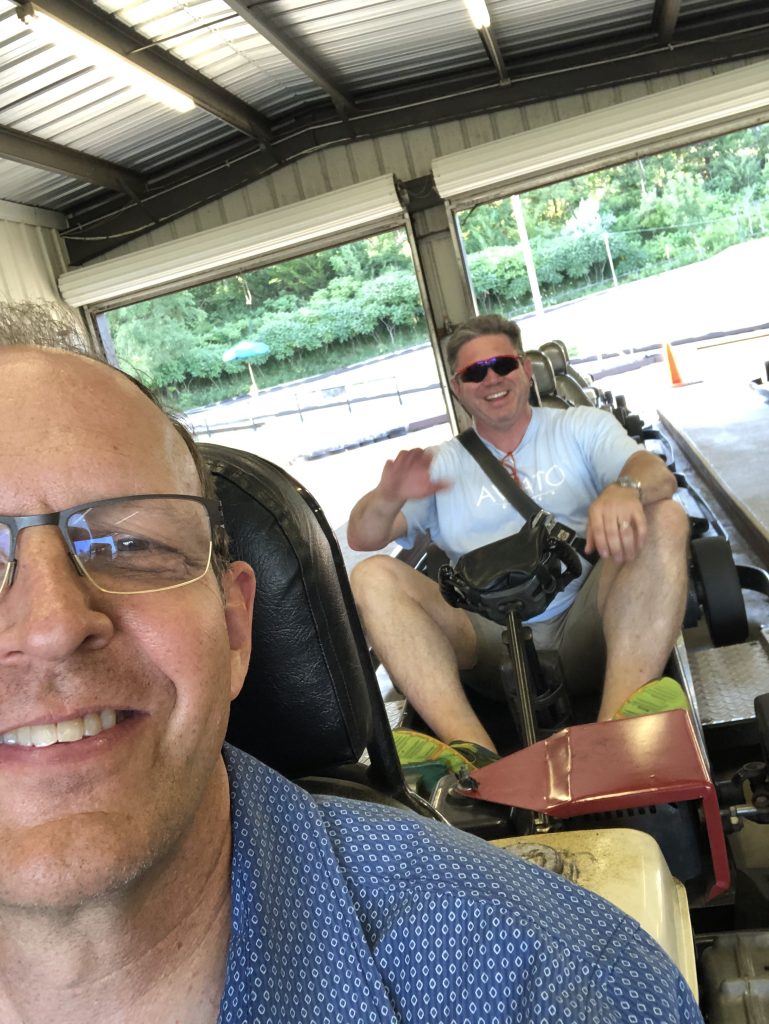 After a good night’s sleep in the FBO and a big breakfast, we started figuring out a game plan. Arrivals were still closed, but we thought it might be a good idea to at least head to an airport that was a little closer to Oshkosh, so we could get airborne quickly when arrivals opened. We flew over to Waupaca, and waited for a bit there with a bunch of other pilots also headed to Oshkosh. After awhile, we heard that they weren’t expected to open arrivals soon due to another approaching storm, so they suggested we find another place to park.

Marc had a buddy driving up to Oshkosh, so we decided we should fly to Fond Du Lac and leave the plane there. He could pick us up and we would drive the rest of the way. When we arrived, the ground was soaked, so they lined us up along both sides of the taxiways with our main gear right at the edge. Being a taildragger, this meant that my tailwheel was deep in the mud. I couldn’t even walk around the back of the plane because the ground was so soft. 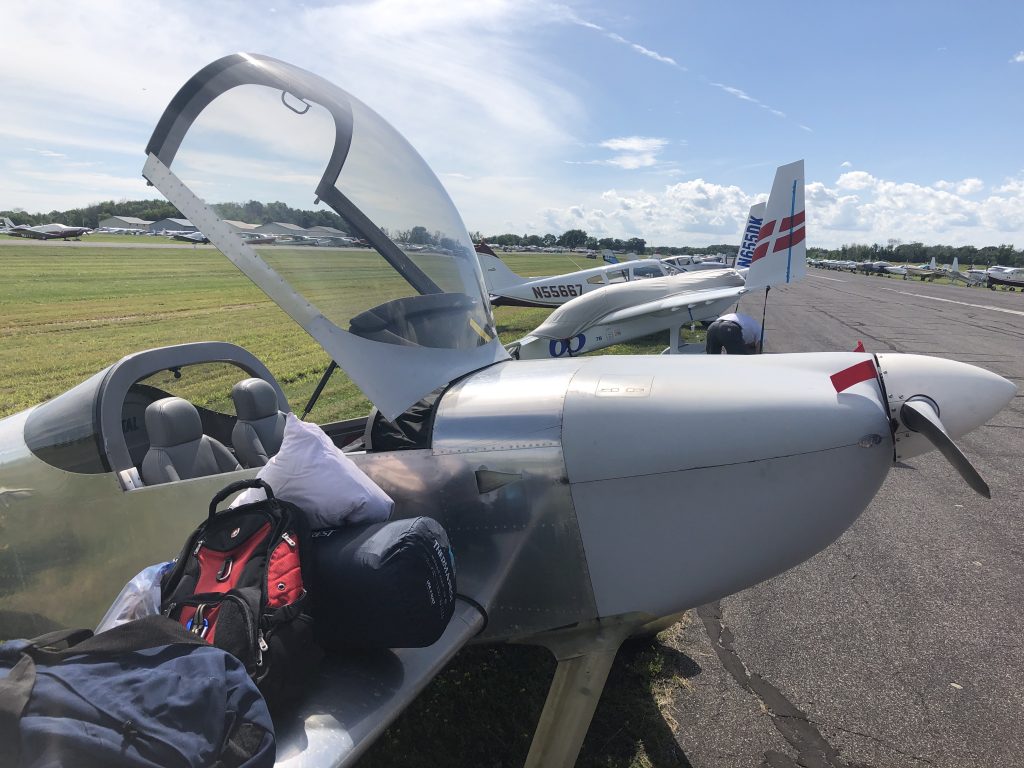 A Mooney driver thought it would be easier for him to taxi into the grass and then turn around and pull up to the edge of the taxi way. He immediately sank to his axles in the mud and came to a halt. Even with full power, he couldn’t budge. 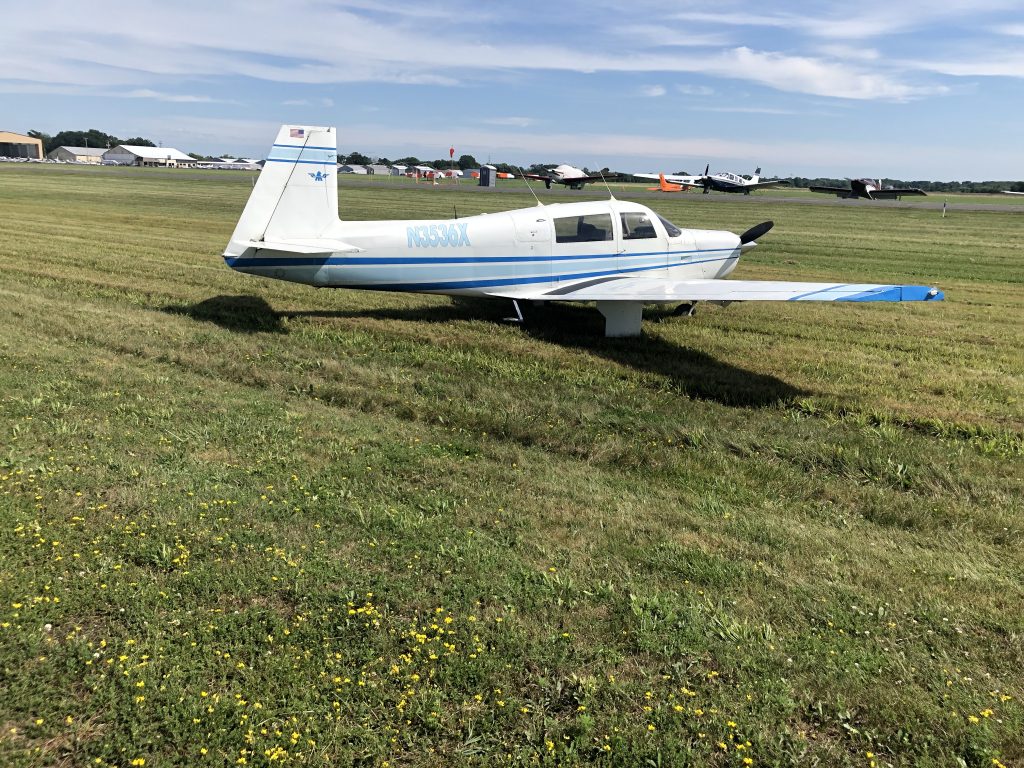 Just as we had finished unloading the plane, we heard Oshkosh was accepting arrivals and we quickly threw everything back in the plane and started up as quickly as possible. There were a few Pipers and Cessnas ahead of us, but I kept the power in and we blew past them to be one of the first few from Fond Du Lac into the arrival.

The arrival itself was pretty uneventful, and we quickly found ourself in homebuilt camping. It was going to be getting dark soon, so we quickly set up the camp and then headed off to find some food for dinner. 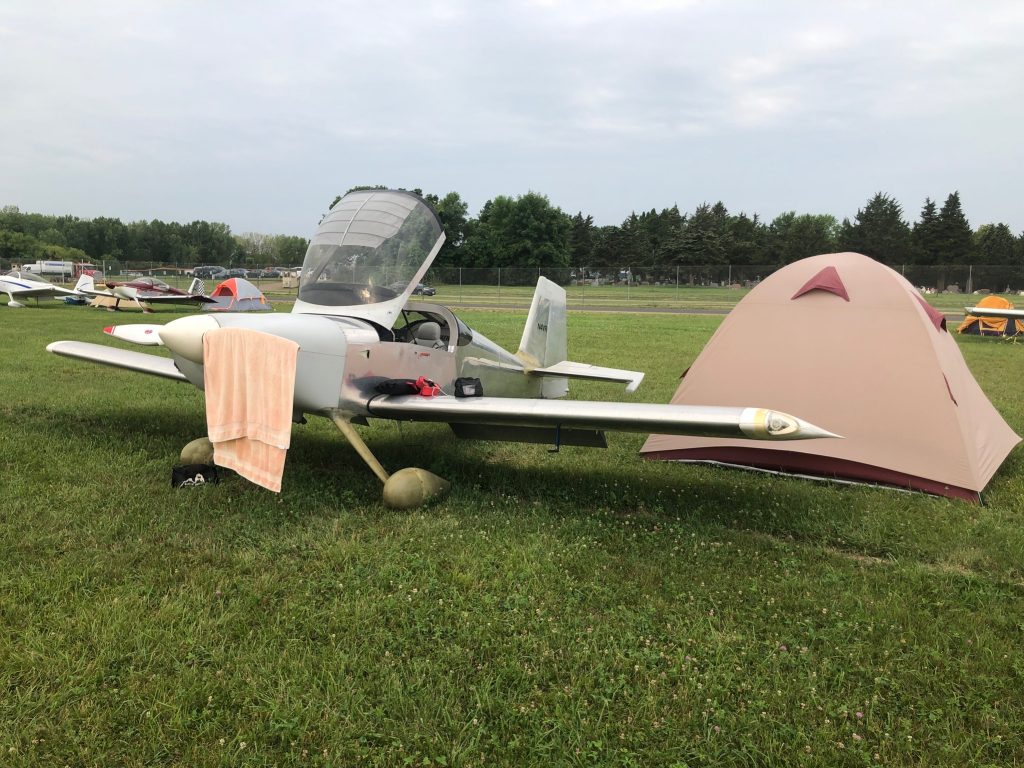 After an enjoyable few days at the show, we headed out and stopped to visit my family in Salt Lake City for the night. Our departure the next morning took us directly over the Kennecott Copper Mine, so we circled once while climbing to get some pictures. The mine is the largest man-made excavation, and deepest open-pit mine in the world. It was actually hard to spot the mining trucks heading spiraling up and down the road from the bottom of the pit, despite the fact that these trucks are the size of two-story homes. 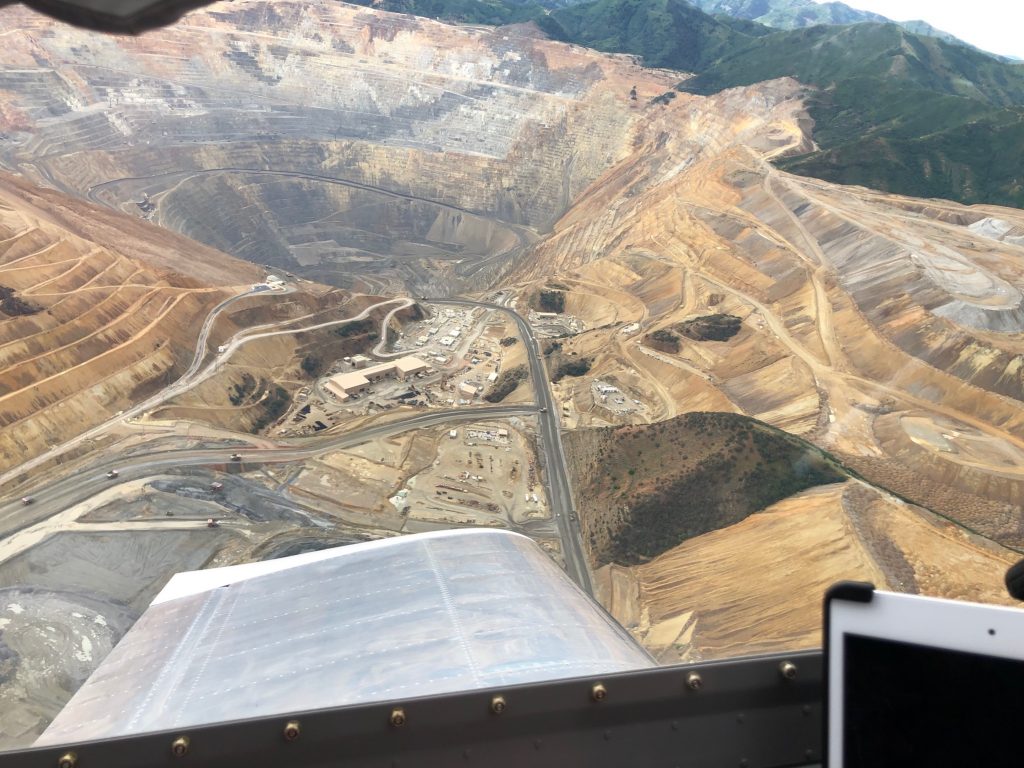 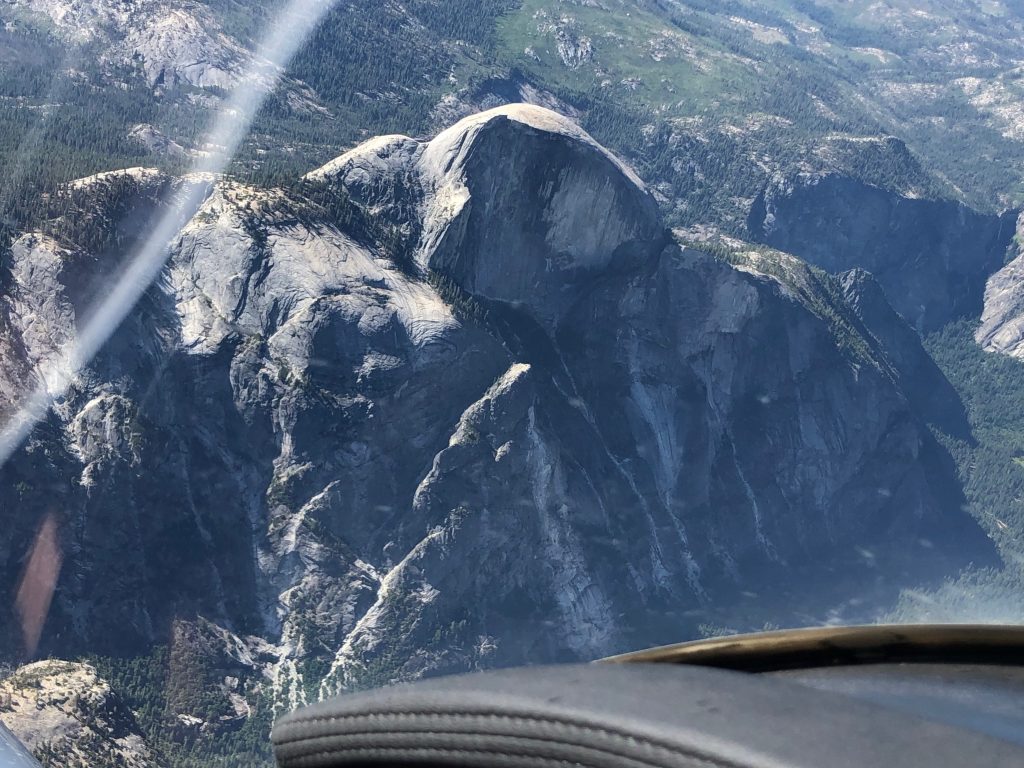 The plane crossed 350 hours during the trip. It’s truly a joy to have a plane which enables us to take amazing journeys like this with the freedom to stop at interesting places along the way. 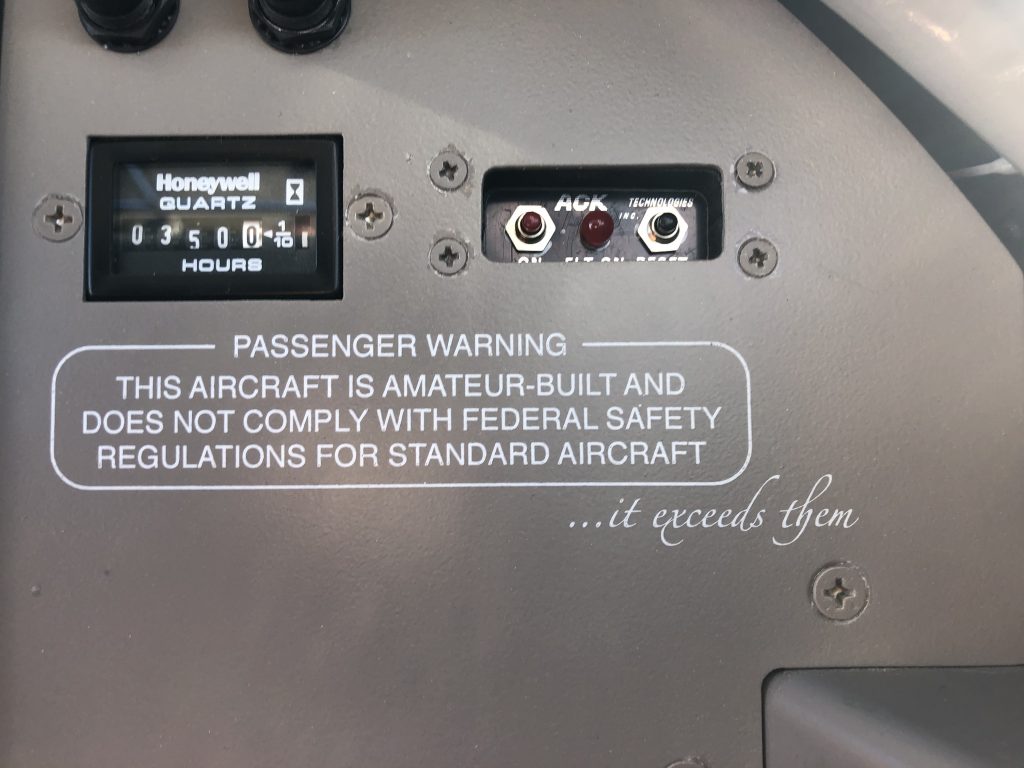