I spent a lot of time researching tools and looking at recommendations from other builders before ultimately ordering the toolkit from Isham (minus a few things that I already had). I received outstanding service and they even sent me an extra pair of cleco piers when they accidentally left them out of the initial shipment. I’ve also ordered a few things from Avery, The Yard, Cleveland, and Aircraft Spruce. So far, I’ve received great service from every supplier. For non-precision tools, I’ve also picked up a number of items from Harbor Freight.

This is the DRDT-2 Dimpler which is used in place of the traditional c-frame dimpler in most of the other kits. We have a newborn in the house, and so I’m doing what I can to reduce the noise during building. This thing will make a big difference. 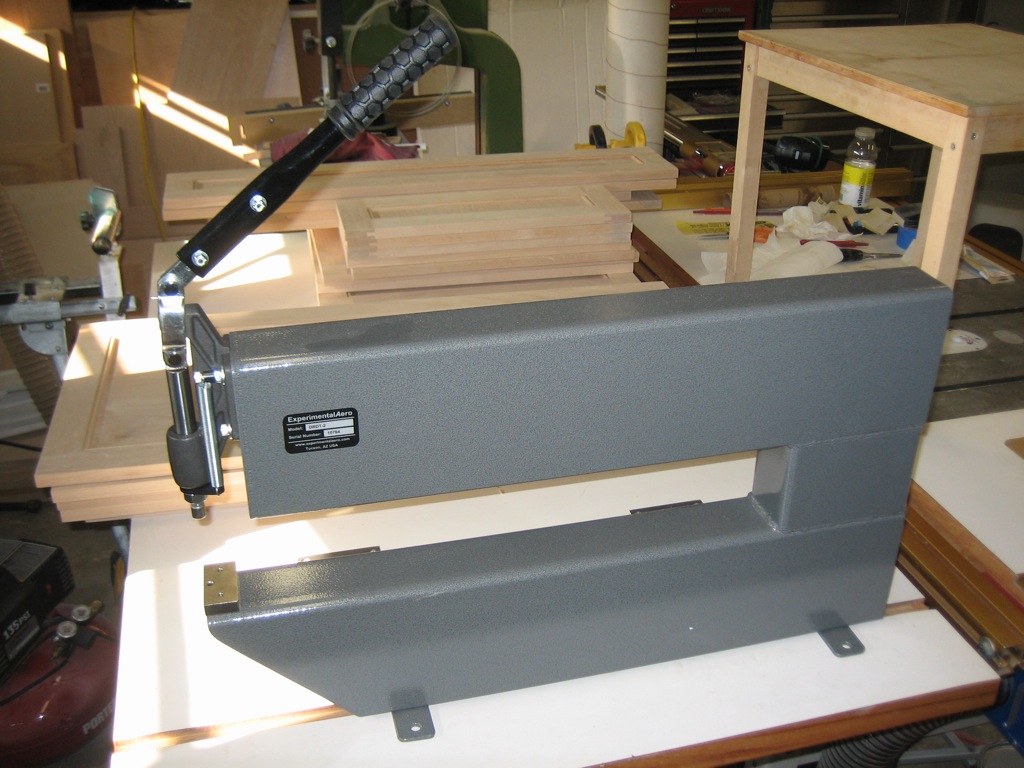 I upgraded the drill that comes standard with the Isham kit to the Sioux 1412 drill. I have no reason to think the standard drill wasn’t a great drill, but I heard so many great things about this drill that the upgrade cost seemed justifed. It’s a *great* drill. Very light, easy to control, and really powerful. 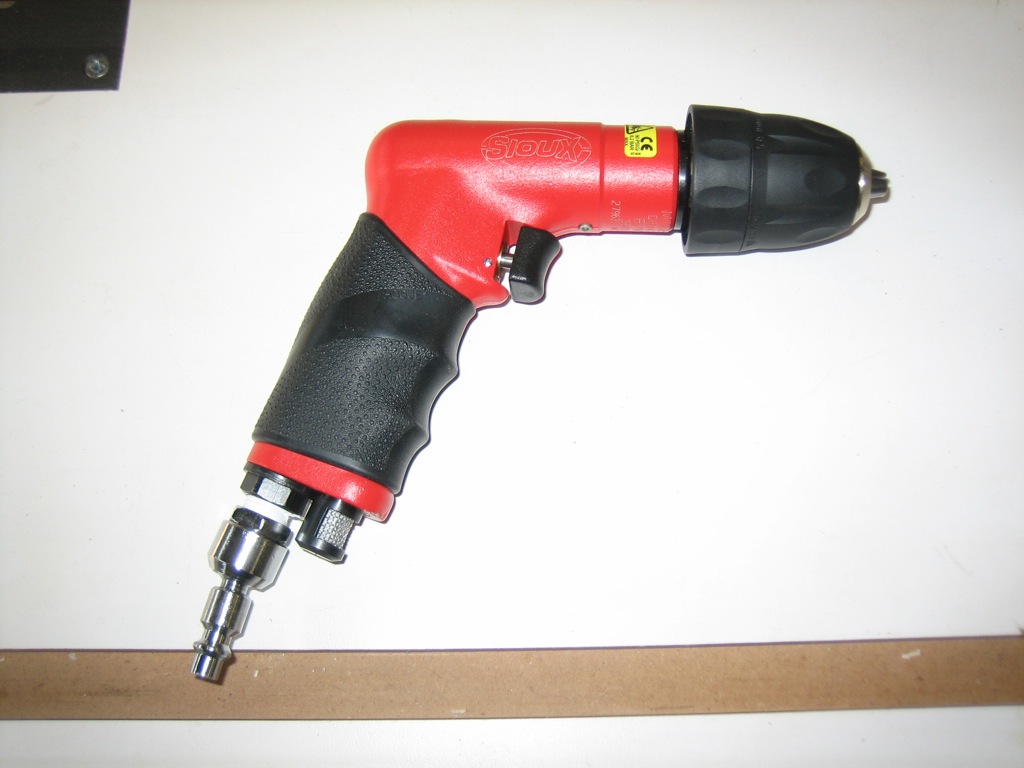 In reading through other builder’s websites, enough other builders ended up ordering an angle drill (or wished they had), that I decided to add this to the standard Isham kit. It’s a solid, well-made import. 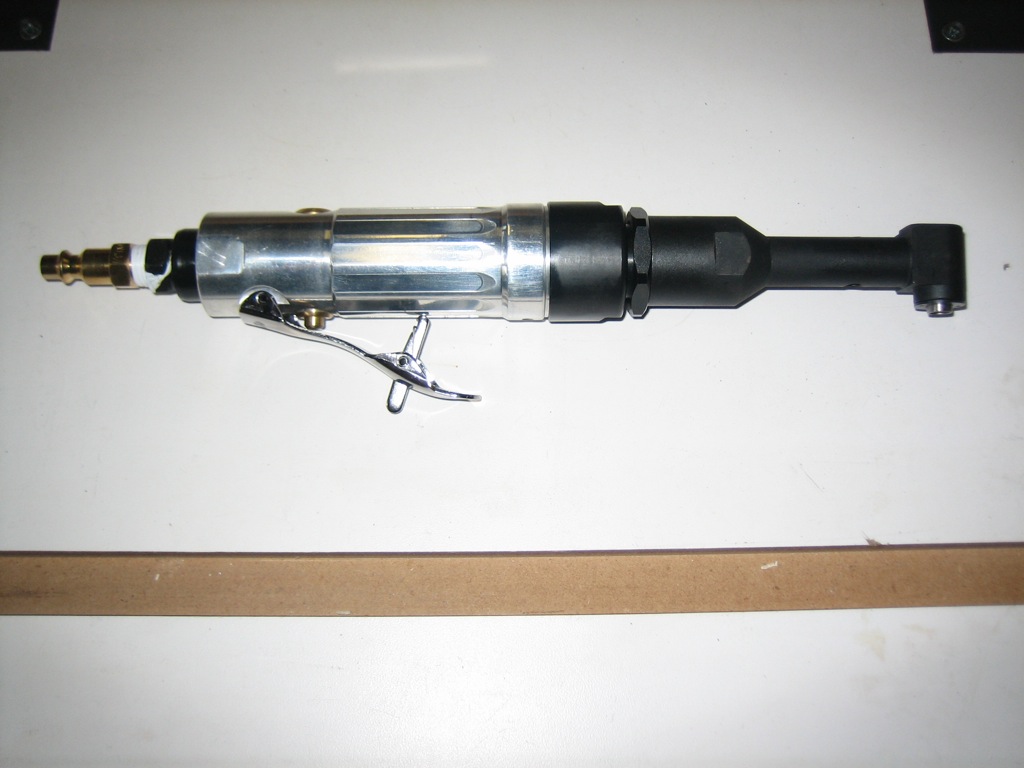 This is the import 3x rivet gun that comes standard with the Isham kit. It has a great teasing trigger and feels well built. 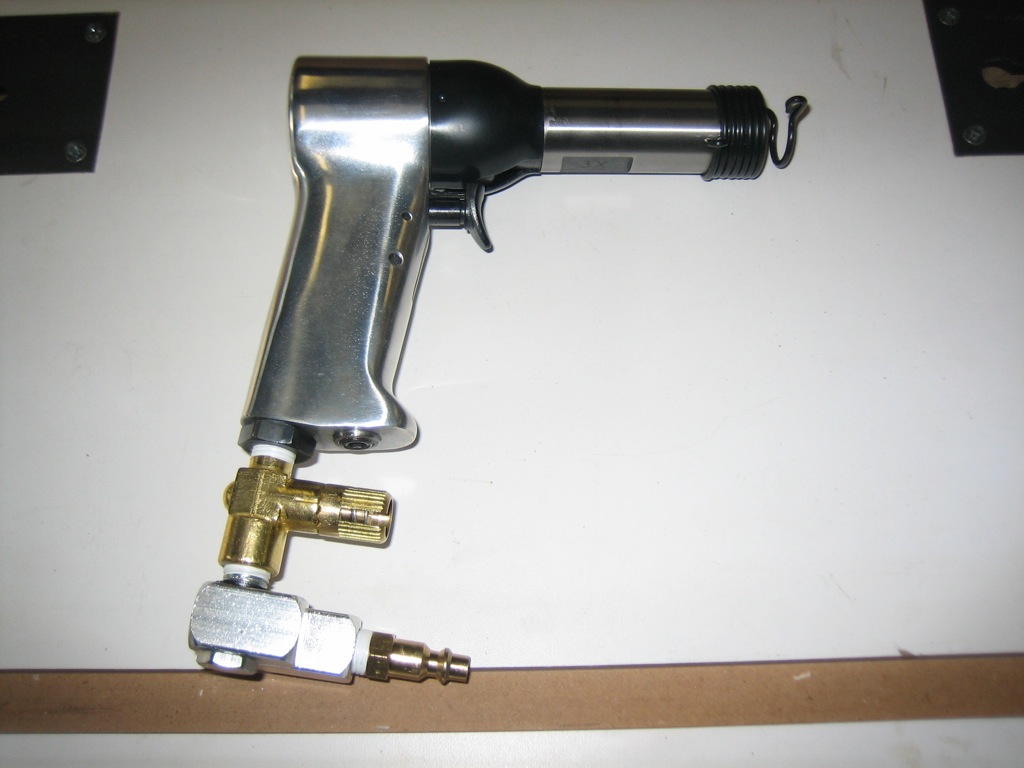 Here are some of the rivet sets that came in the Isham toolkit. The four on the left are various sizes of universal sets in straight and offset forms. The red one is the swivel flush set that was an upgrade option on the Isham kit and the one on the right is a back rivet set. 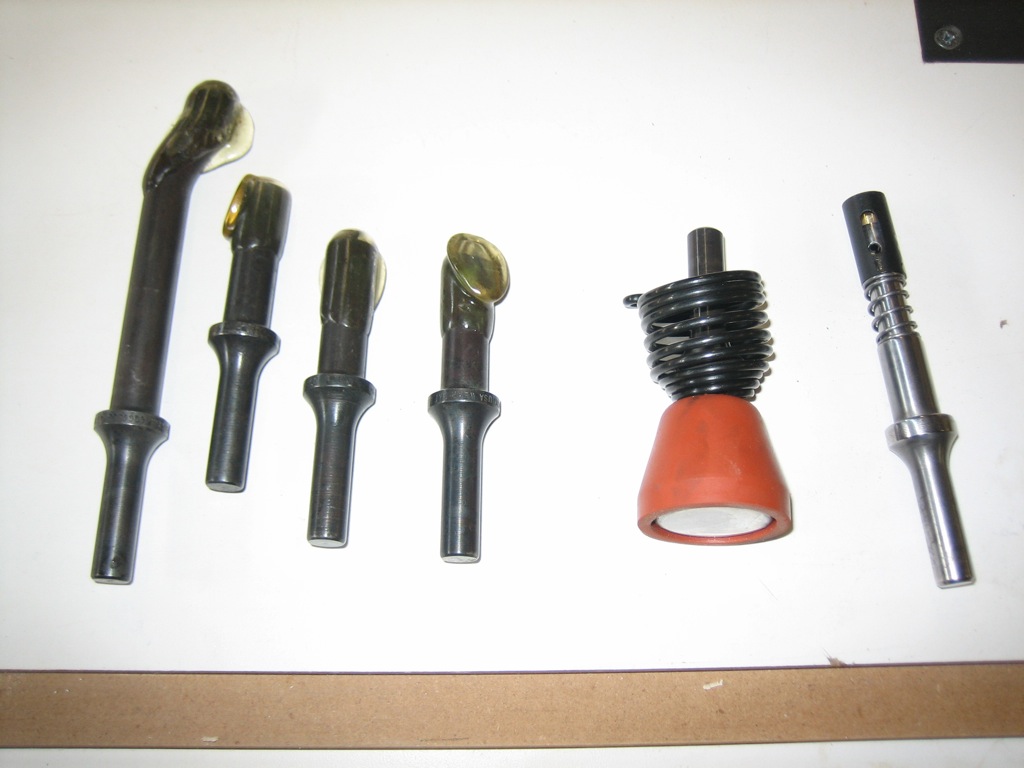 The Isham kit came with the two steel bucking bars in the upper left and the custom RV-10 bucking bar at the bottom. They were also running a Sun-n-fun special that included the small tungsten bucking bar on the right. I ordered the bucking bar on the upper right from Avery. It has a hole in the left end and the one that is visible that will take rivet sets or dimple dies. 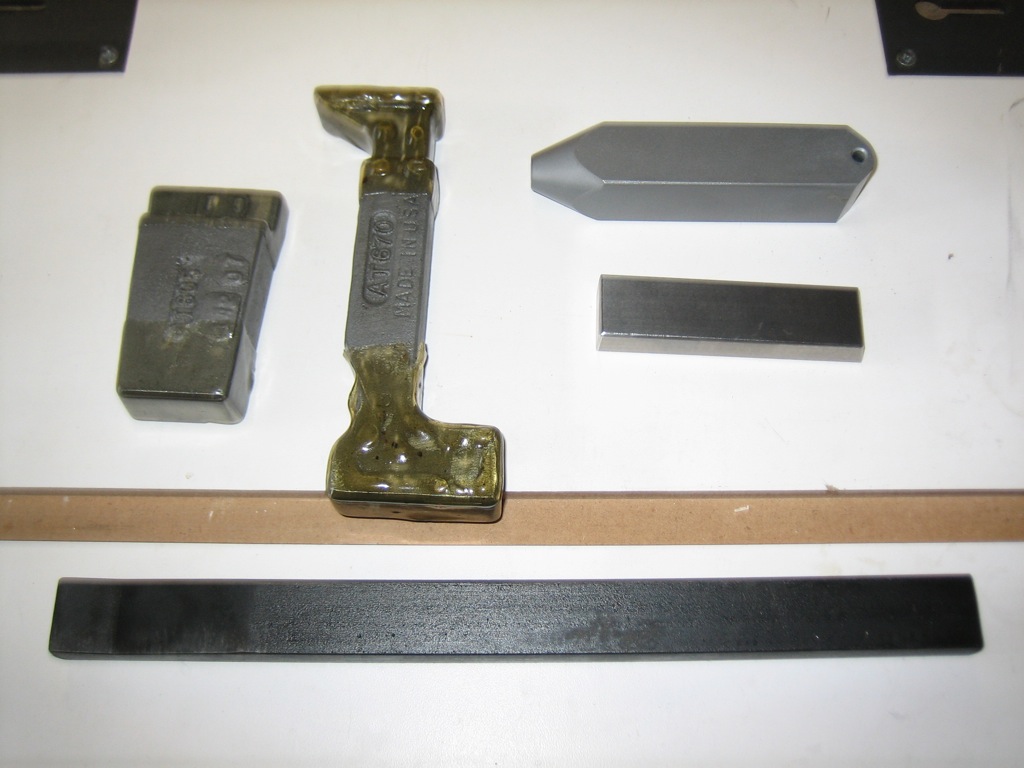 The Isham kit included a C214 style pneumatic rivet squeezer. I added the longeron and thin nose yokes since virtually every builder has indicated that they needed them at some point in the project. The Isham kit also included the adjustable set holder which is installed. 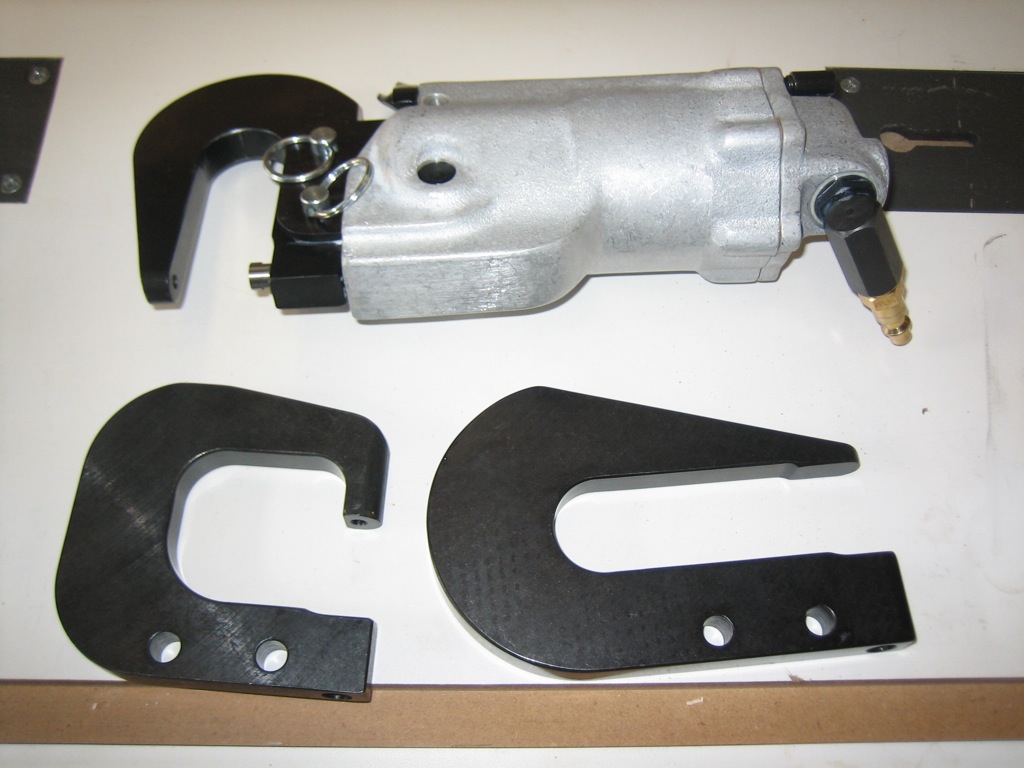 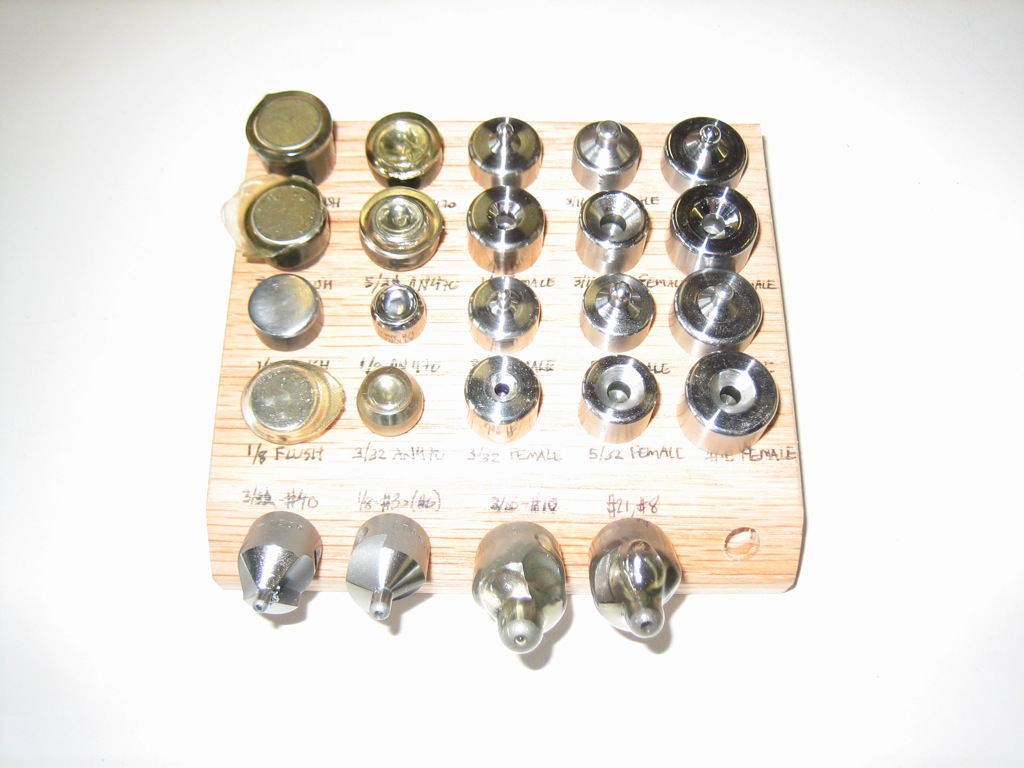 The kit also included a pair of cleco pliers, but these were inadvertently left out of the order. The folks at Isham were great about it though and quickly rushed me two pairs of the pliers to make up for the mistake. I found an unused Pan American pneumatic cleco tool on eBay for $25, so I picked that up as well. 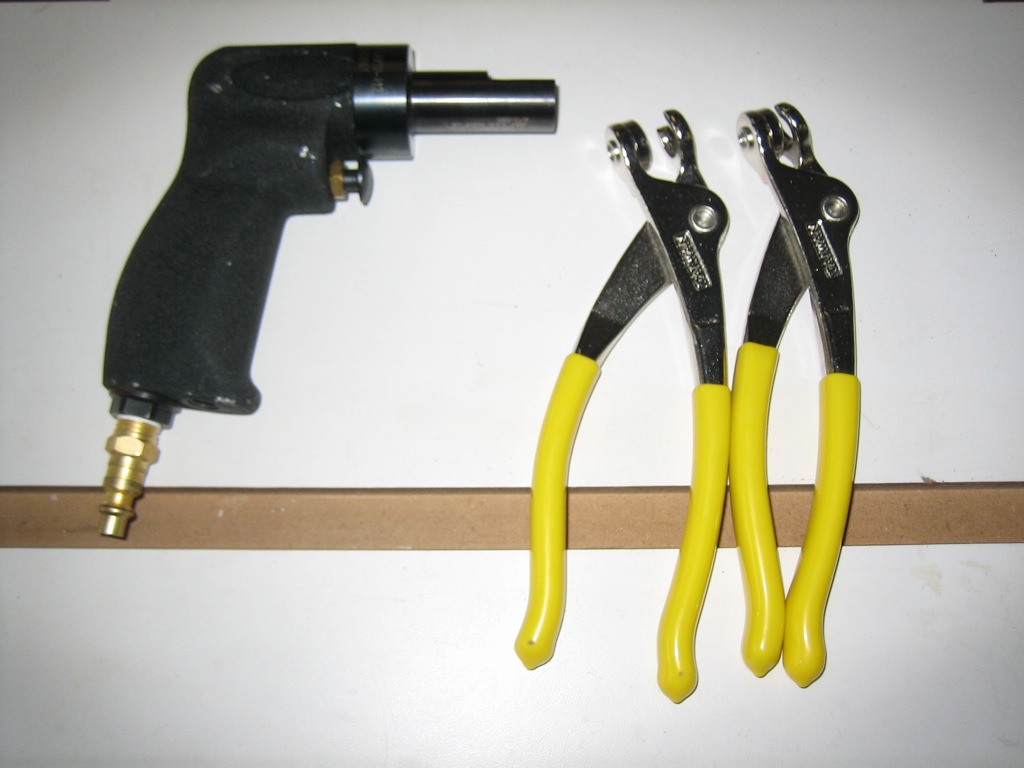 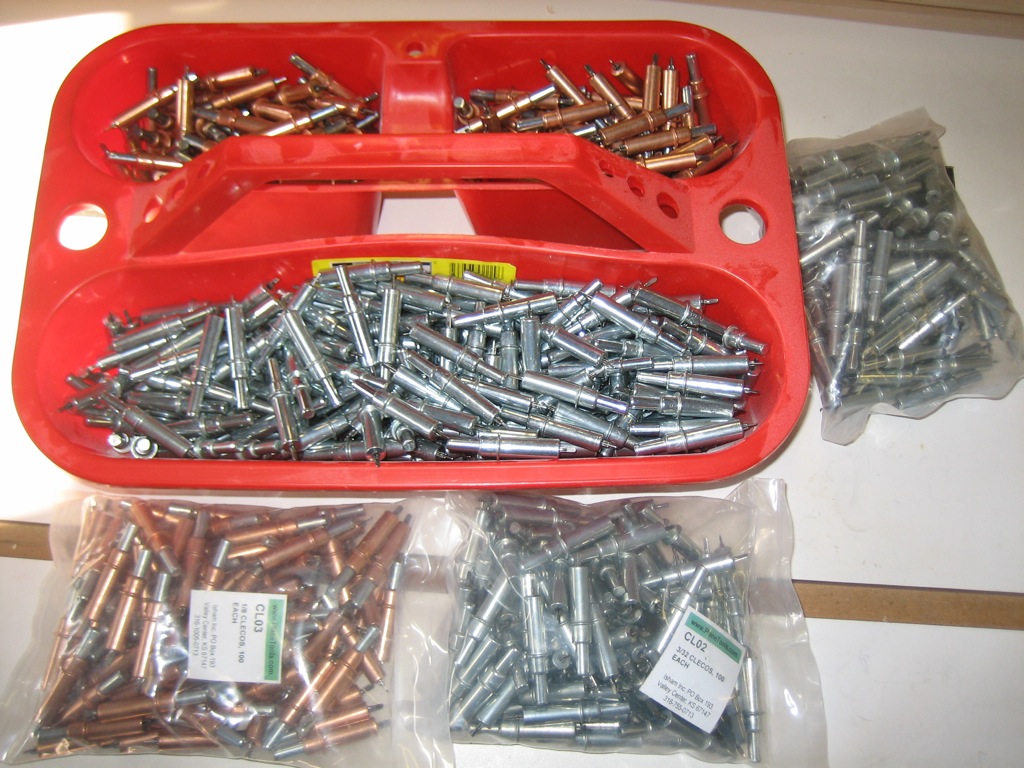 Wiss aviation snips that I already had. I purchased these at Home Depot for a lot less than any of the aviation tool companies offered them. 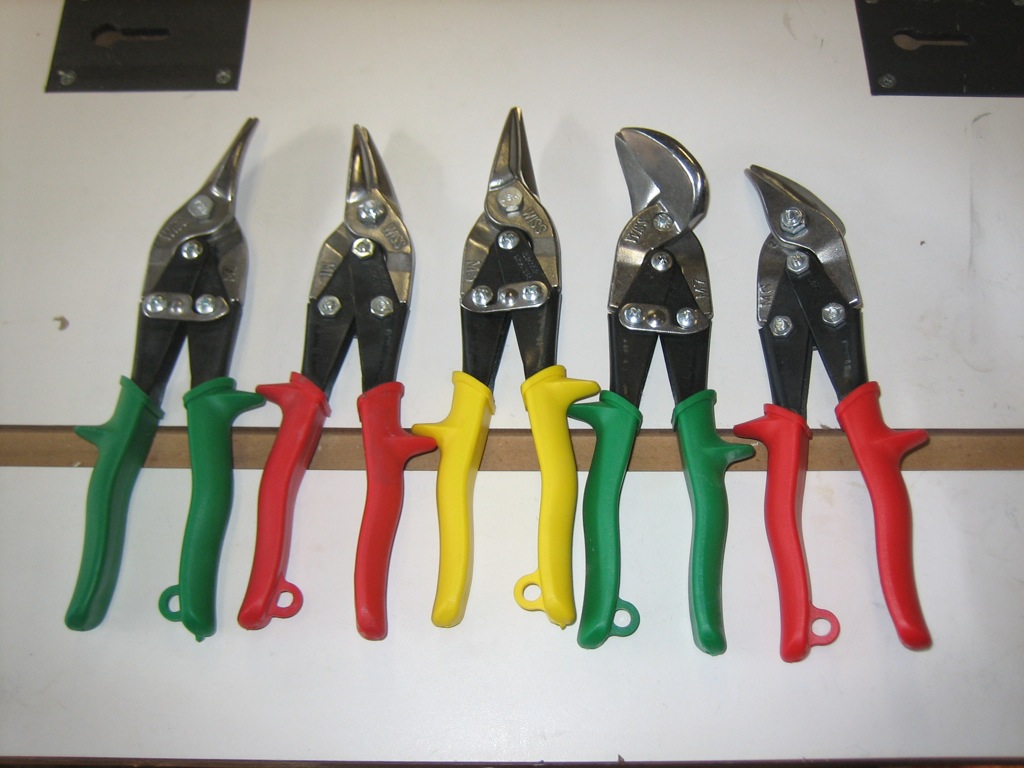 Klein offset hand seamer that was included in the kit. 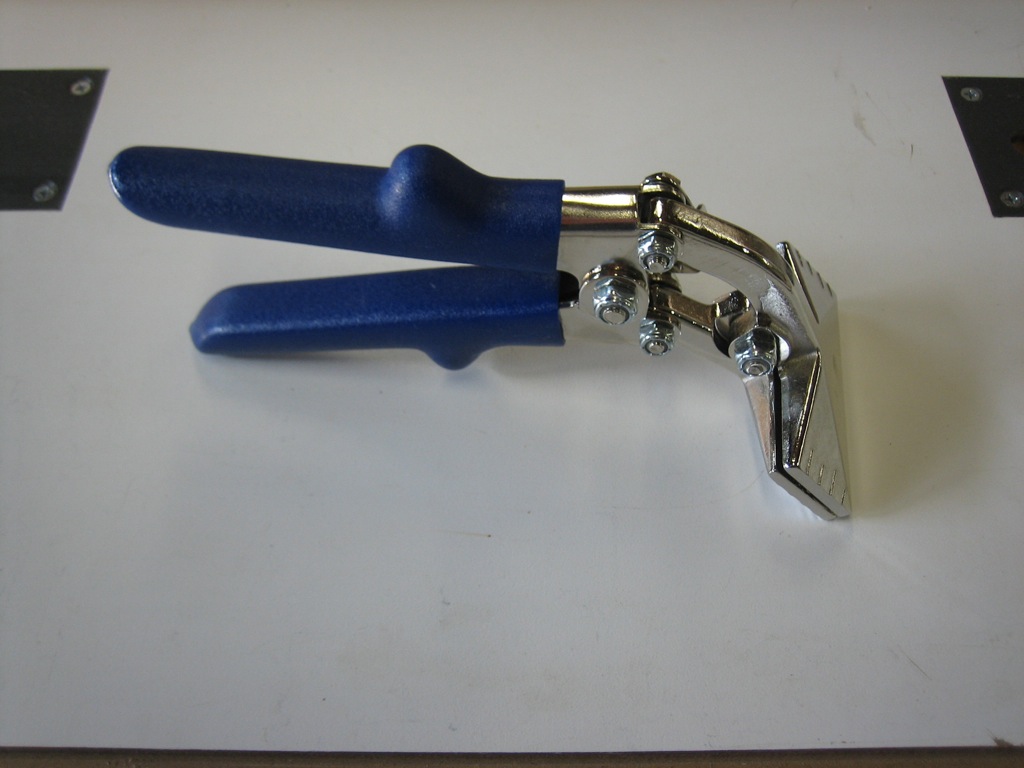 I picked up this air nibbler from Harbor Freight for about $15. It’s great for cutting out holes in aluminum and for making straight cuts when run against a straight edge. 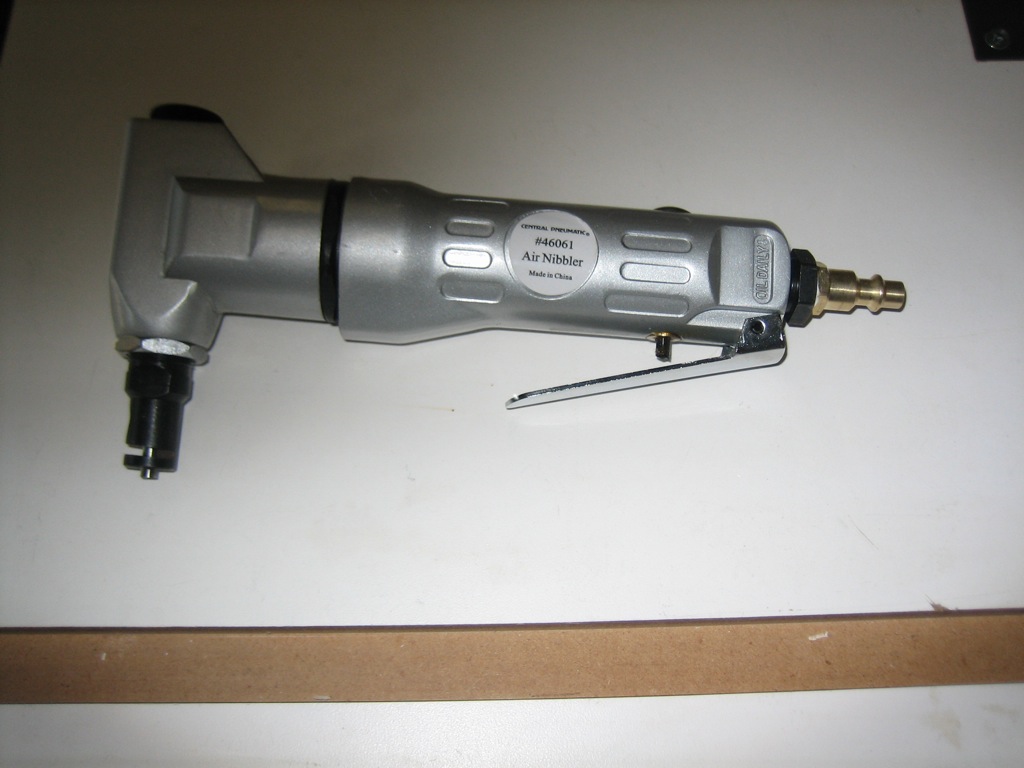 I picked up this 6″ cutoff saw at Harbor Freight for about $40. It’s great for trimming aluminum and steel bar or angle. 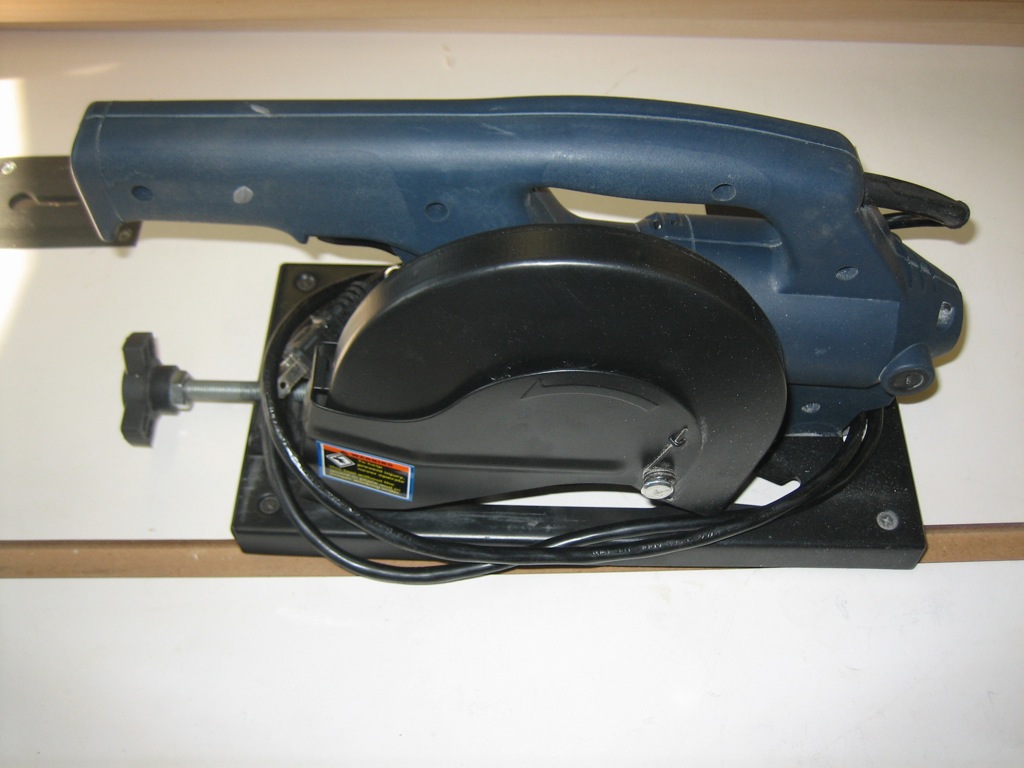 This is a cutoff tool from Harbor Freight that I already owned. 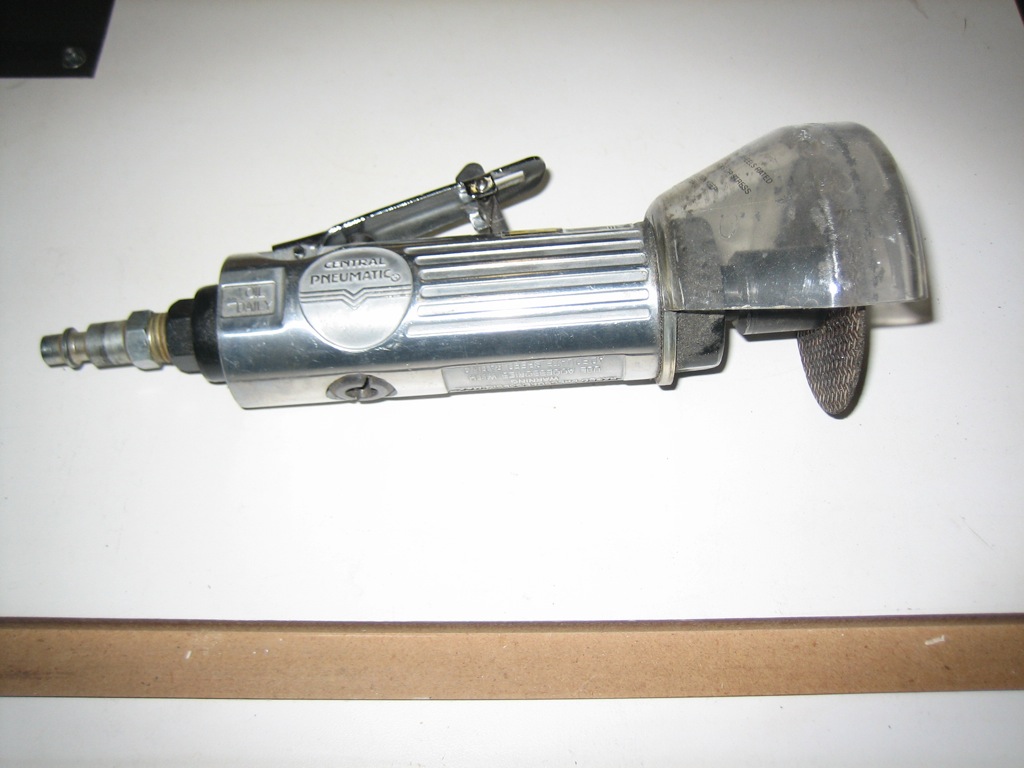 I already owned both straight and angle die grinders from Harbor Freight, but they’re only about $10 each on sale, so get both. 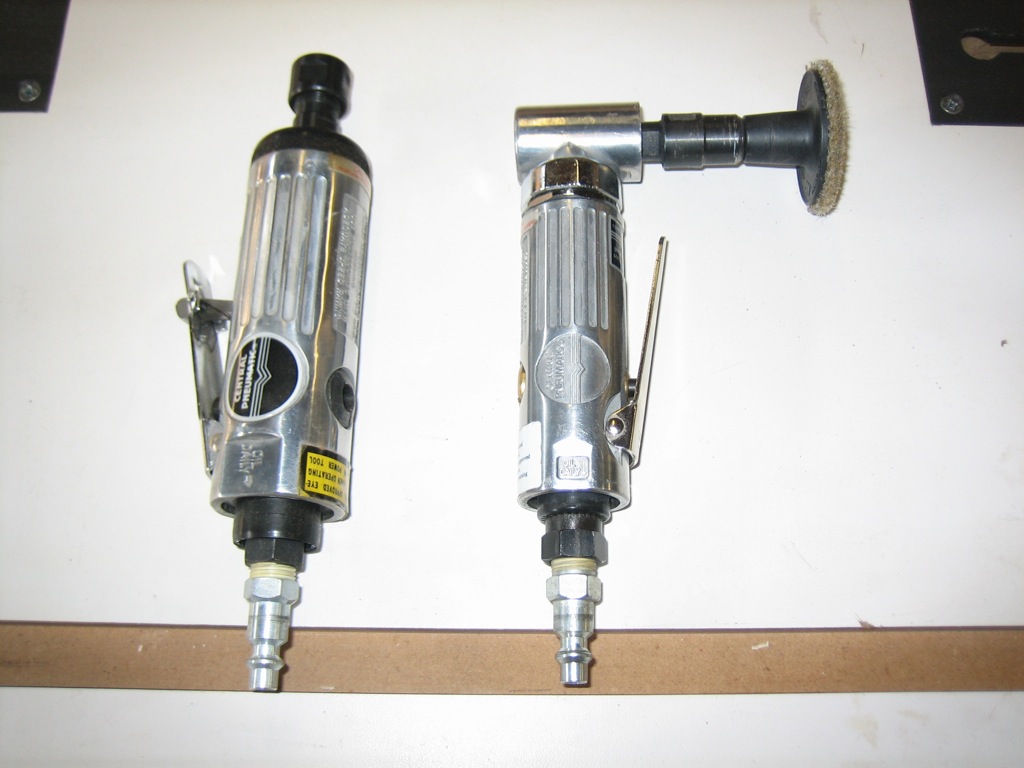 I already owned all of the files below except for the vixen file on the bottom. I picked this up at The Yard for about $20 which is significantly cheaper than most of the aviation tool companies. 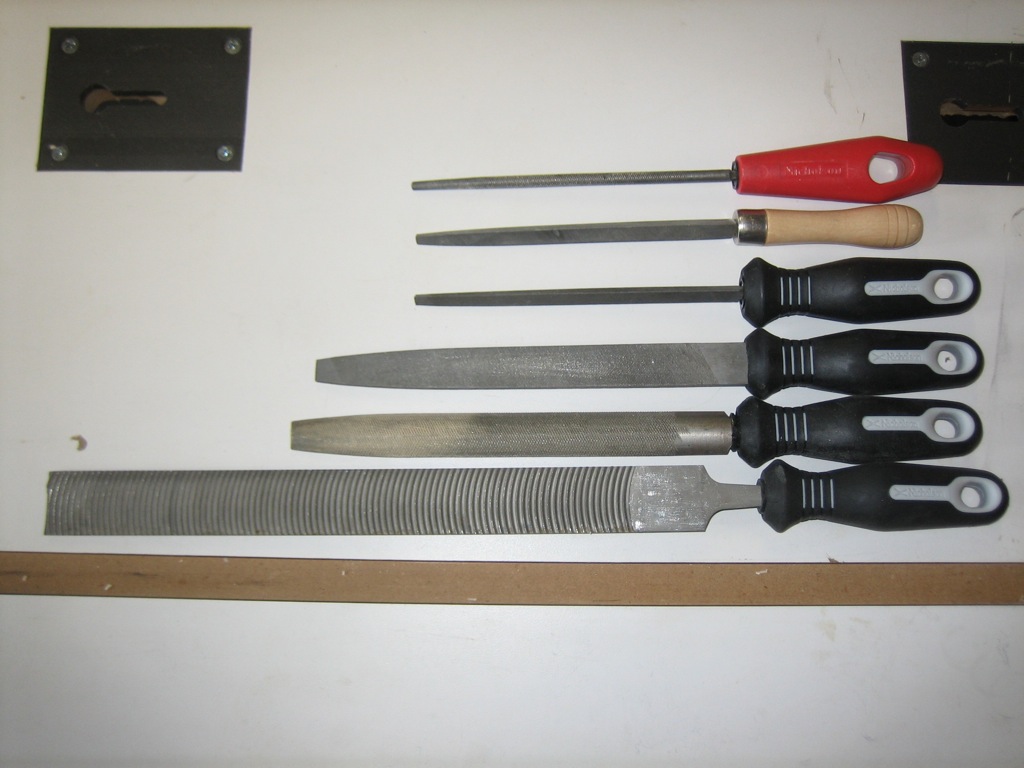 The Isham kit doesn’t include emory cloth, but some of the other kits do, so I picked up some at Harbor Freight. These rolls contain about 10 times as much emory cloth at the rolls from Avery at about half the cost per roll. 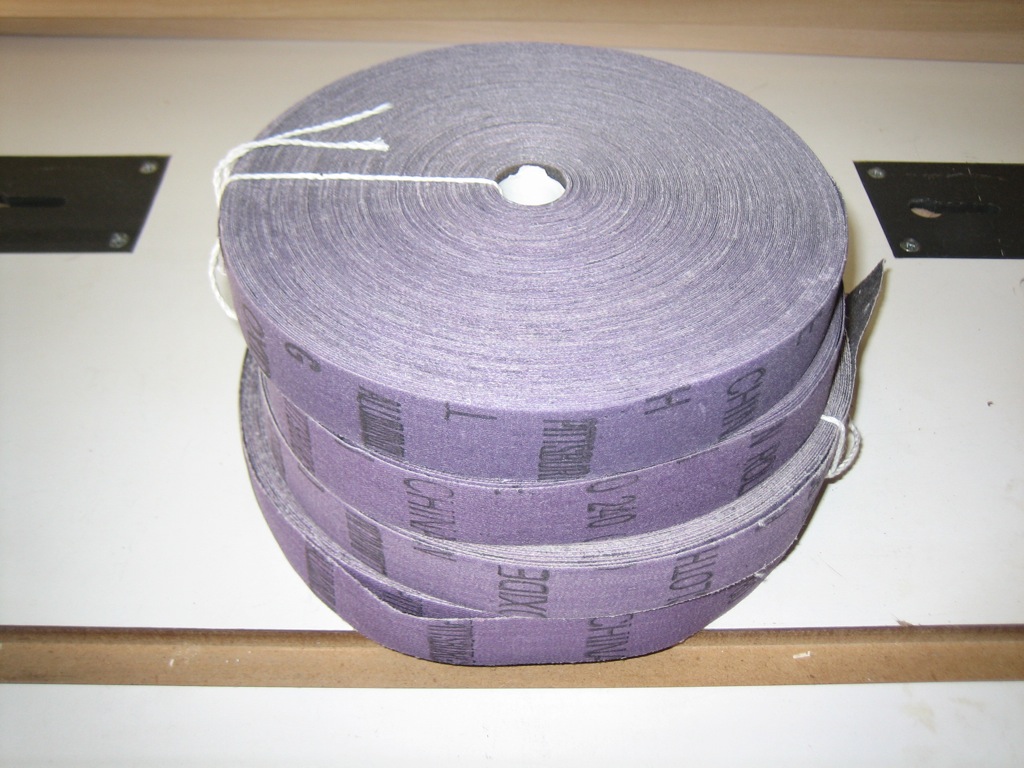 This is the rivet cutter that is included in the Isham kit. 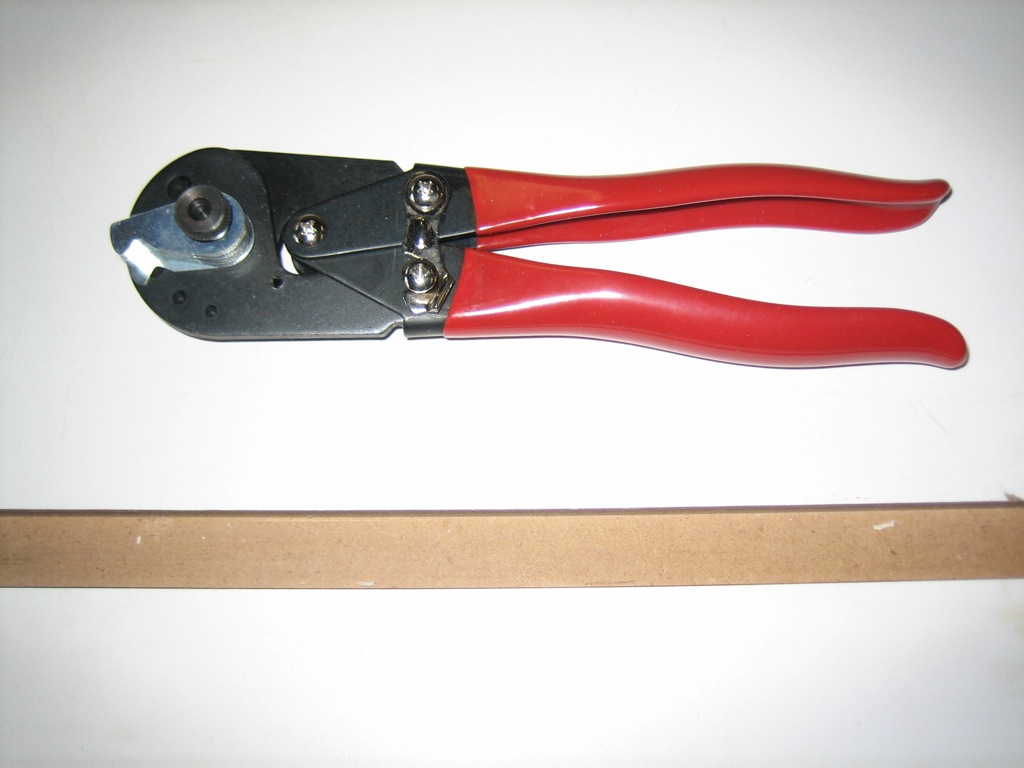 I picked up this rivet fan from The Yard. 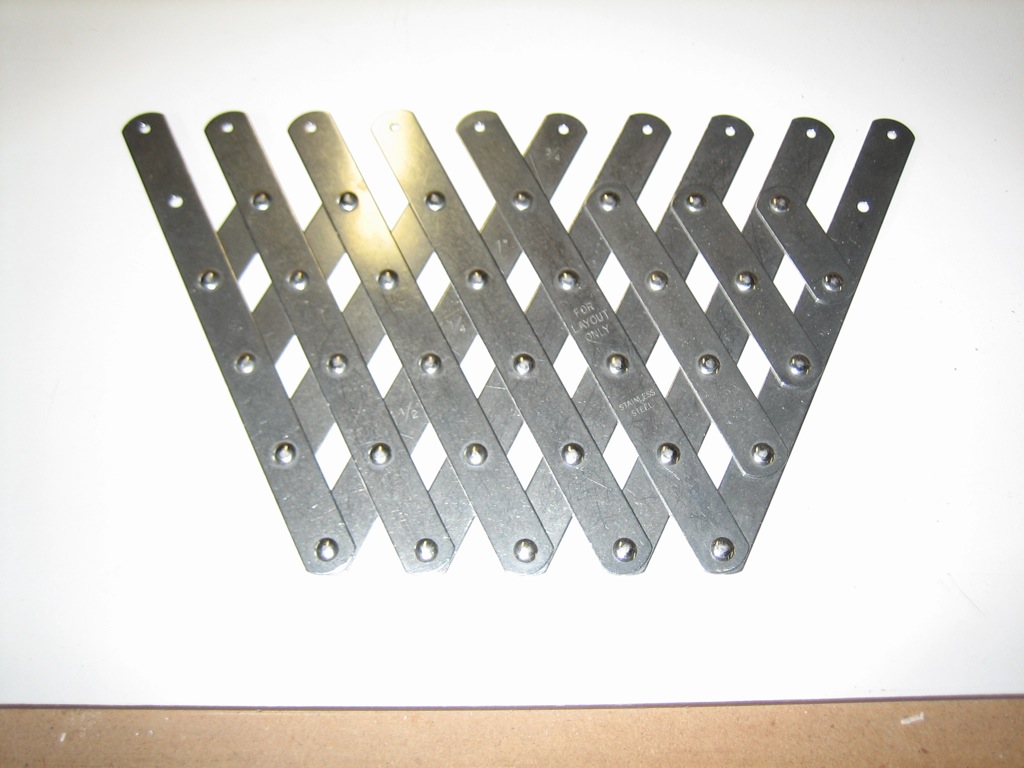 At the recommendation of several builders, I picked up this rivet storage box. The springs are strong enough to keep from spilling rivets if the box is knocked over. 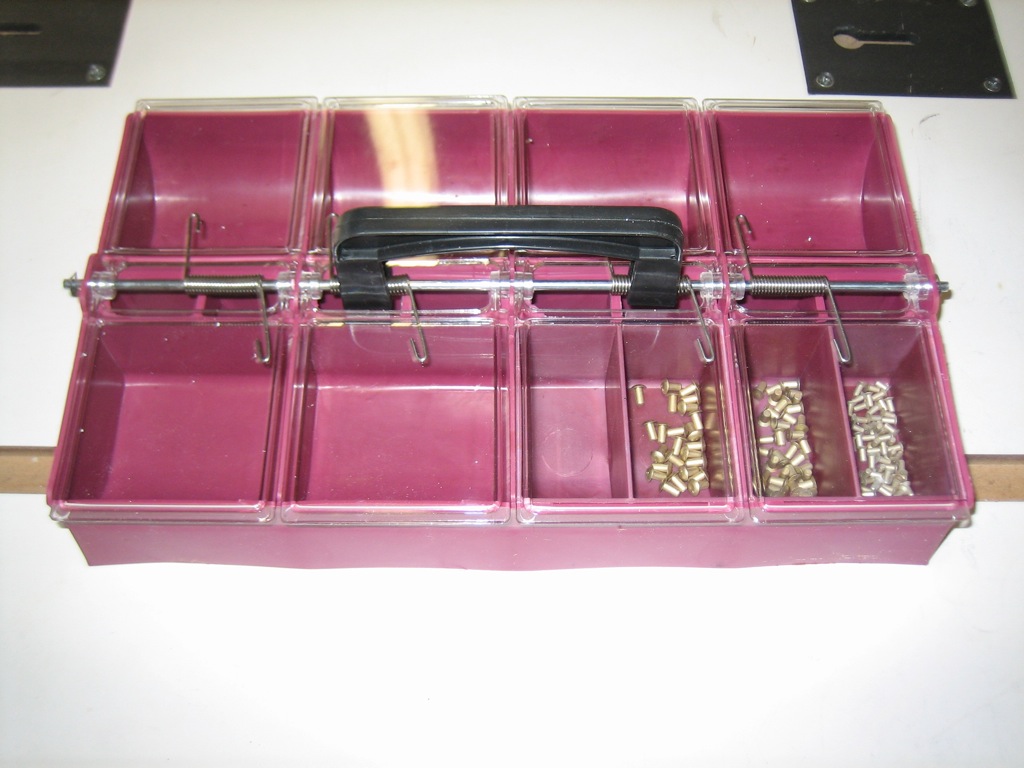 Here are my fluting pliers. The left two were included in the Isham kit. I also bought the one of the right from the Yard Store for narrow flutes. 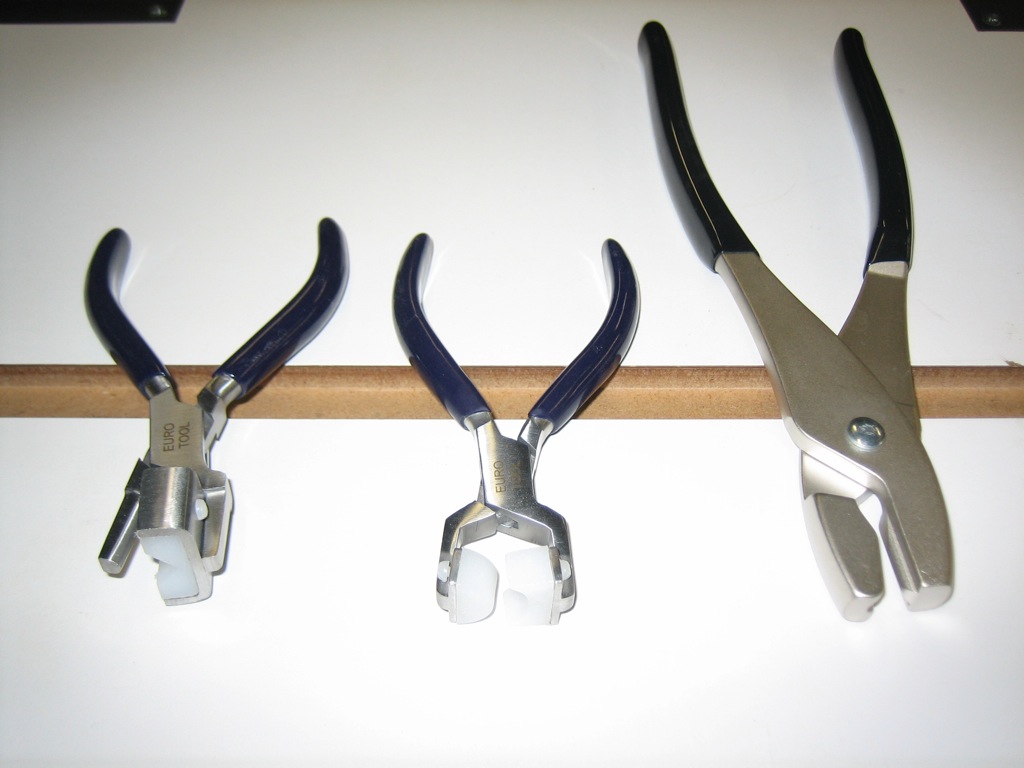 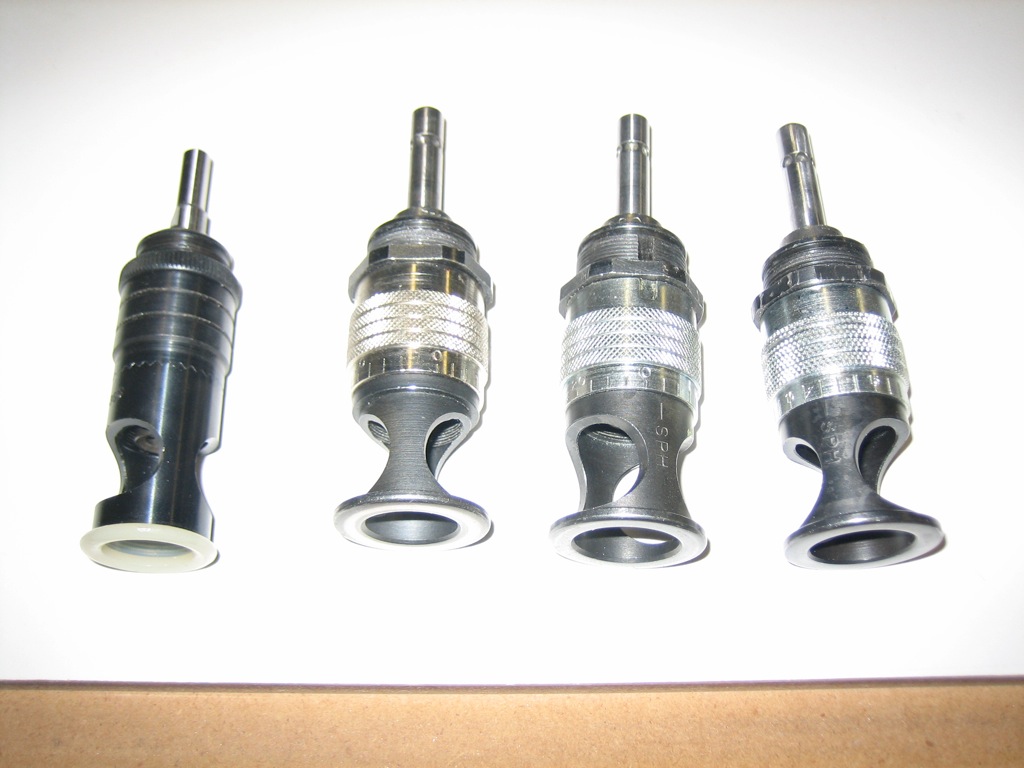 This is the blind pop riveter that is included with the Isham kit. 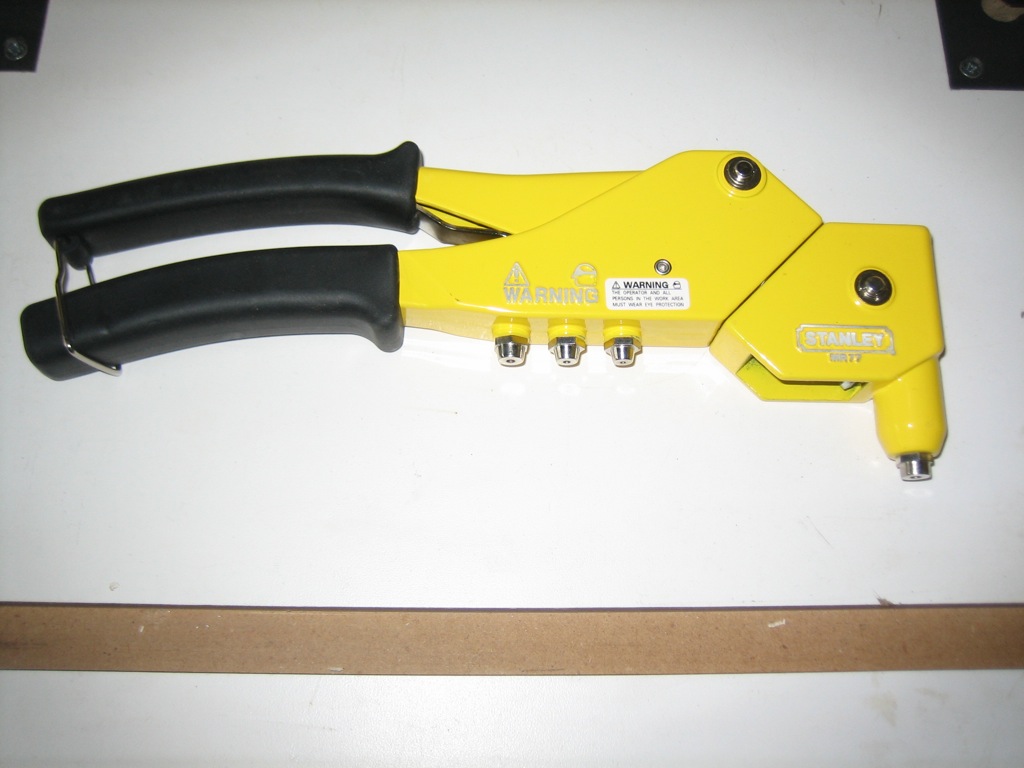