I went out for another really early flight this morning.  I dropped into​ Hollister for some pattern work and hit a bird during the flare to land.  I was planning on just a touch and go, but I stopped on the ramp and shut down to see if there was any damage.  This is what I found.  I pulled it out along with a couple of feathers I could reach through the inlet.  The neck was nearly severed and was just hanging on with a few tendons.  Satisfied that there was no damage, I launched again and headed back to South County for further inspection. 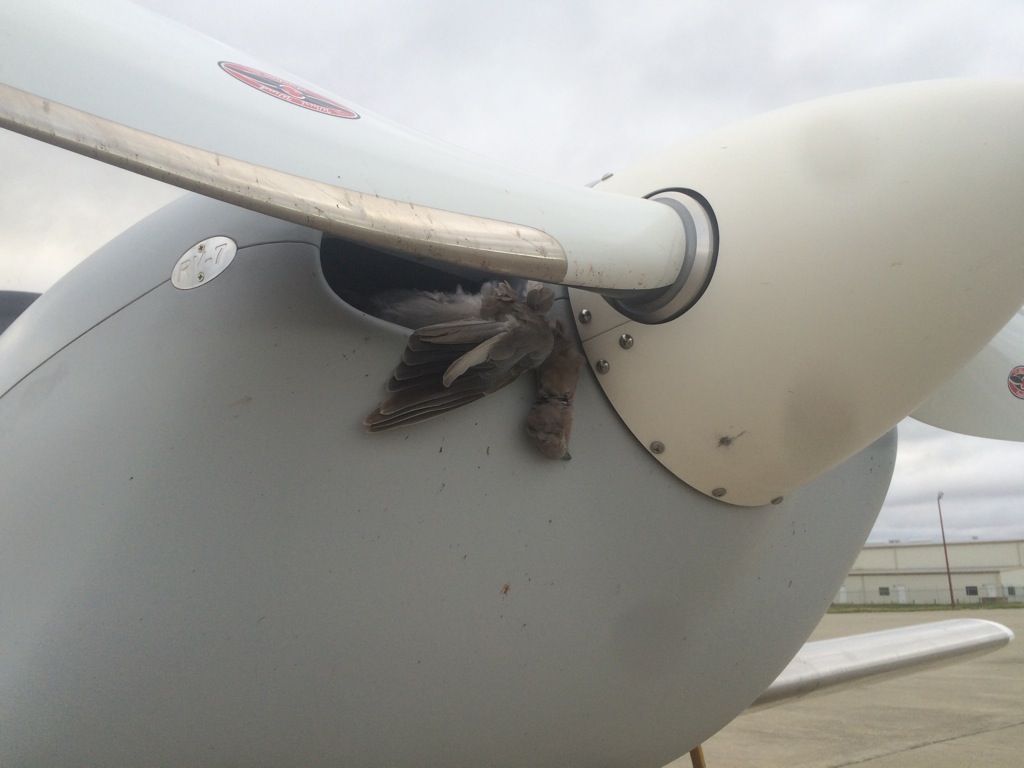 When I pulled the cowl and plenum, there were feathers everywhere.  Here’s a small one that stuck to some of the sealant on the injector line. 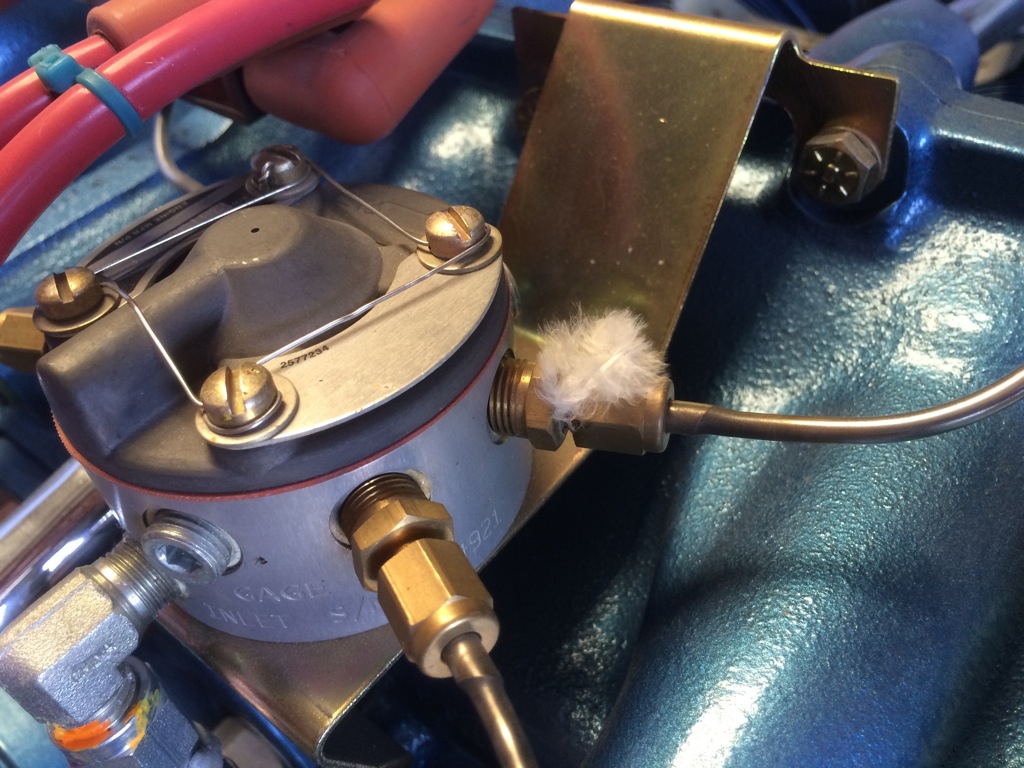 There were a couple stuck in various places behind the engine.  This is one of the long wing feathers that somehow made it back here. 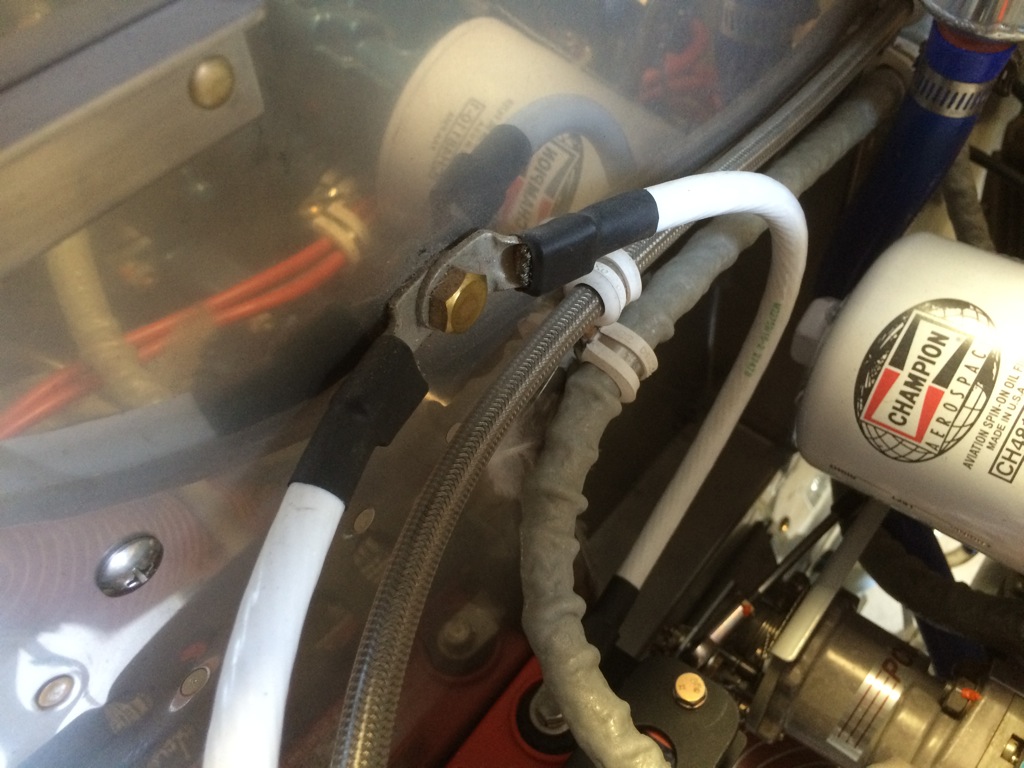 There were a bunch of feathers down between the cylinder fins and stuck against the heater muff screen.  I’m glad I put a screen here since these could have found their way into the cabin. 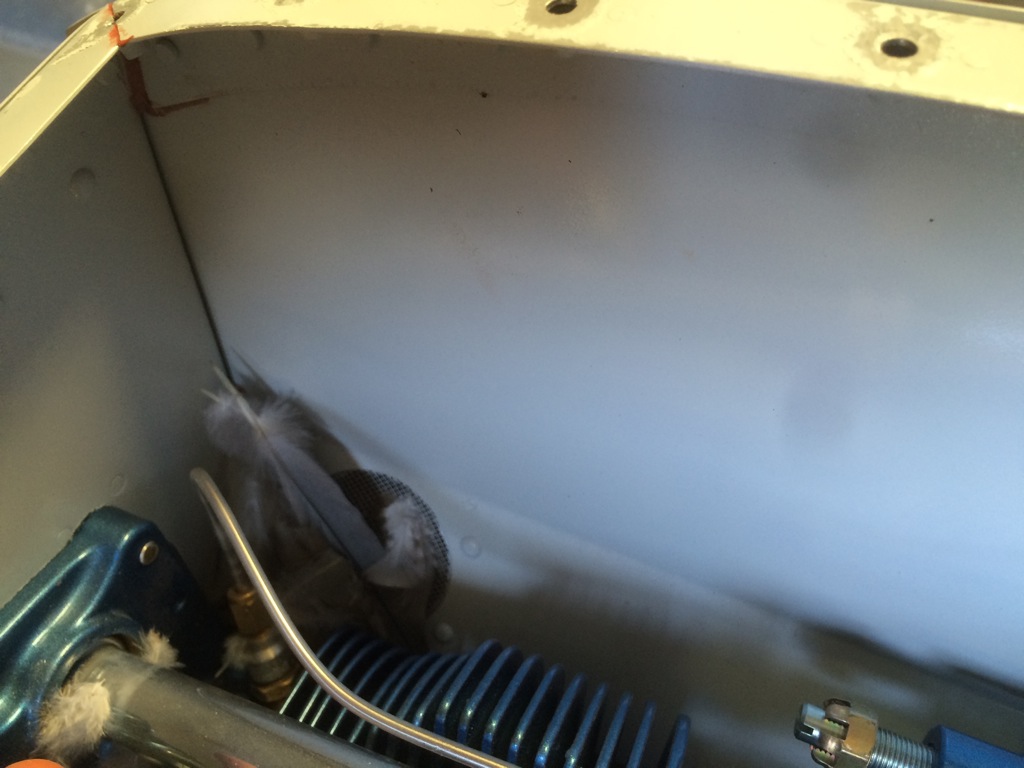 There were also a bunch on the screen going to the oil cooler.  Much easier to clean here than pulling the oil cooler plenum.  There were also a couple of blood stains that required a bit of cleaning.  Overall, it was probably on 10-15 minutes to get it all out and there was absolutely no damage.  It could have been much worse. 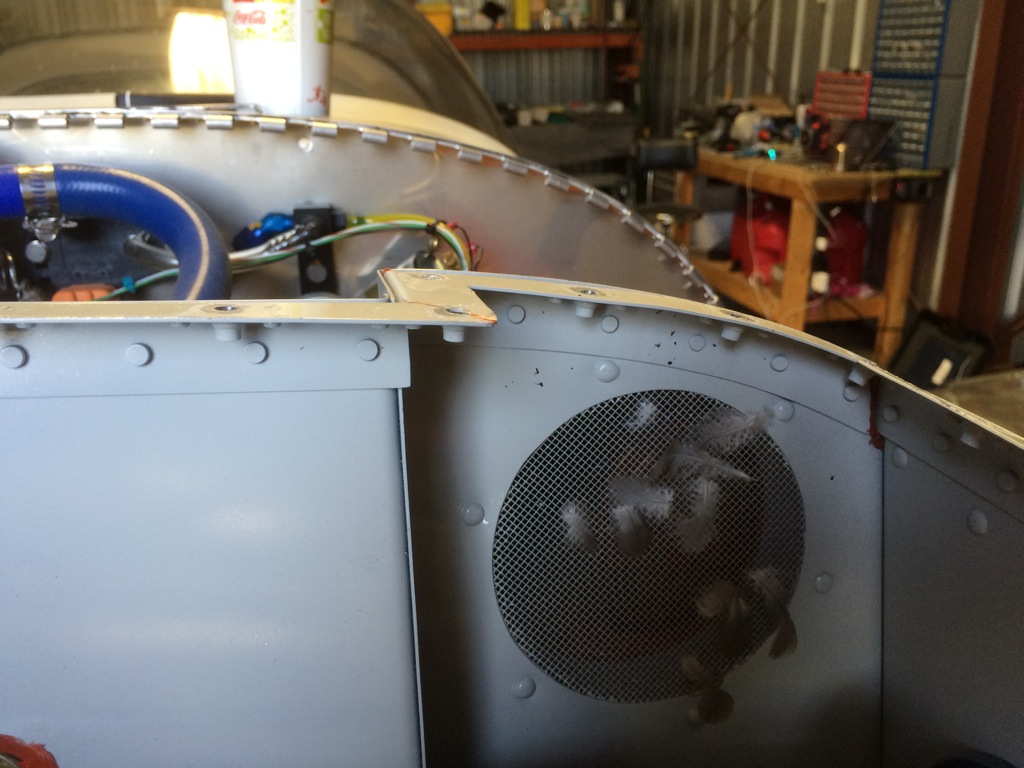