I finished adjusting the flap pushrods and final torqued them.  I had to open up the holes a bit more to make room for the bolt head when the flap is just about fully up.  I taped the ailerons to the wingtips and the elevator in the neutral position to use as a reference and then adjusted the flap pushrods so that the flaps align with the ailerons.  Finally, I lubricated these rod end bearings. 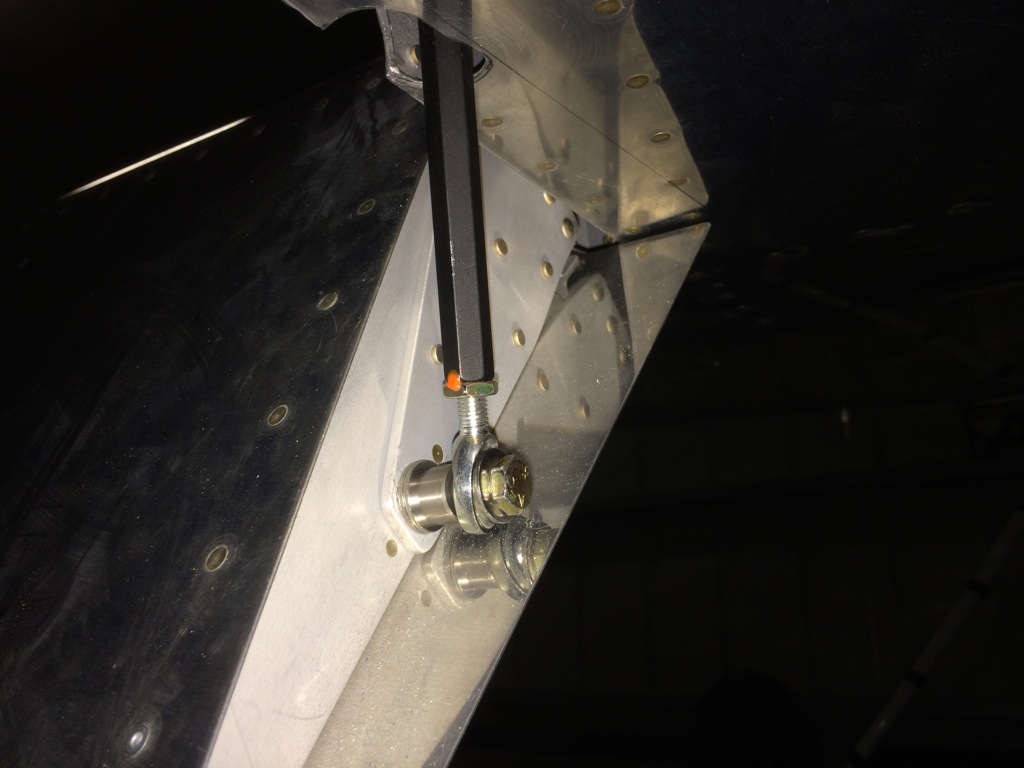 I swapped out my tailwheel fork for the one from JDAir.  The person I spoke with there claimed I would save about a pound over the Bell fork I had, but the savings was just over 1/2 pound.  I’m still glad I made the switch, but disappointed that the savings wasn’t what they claimed. 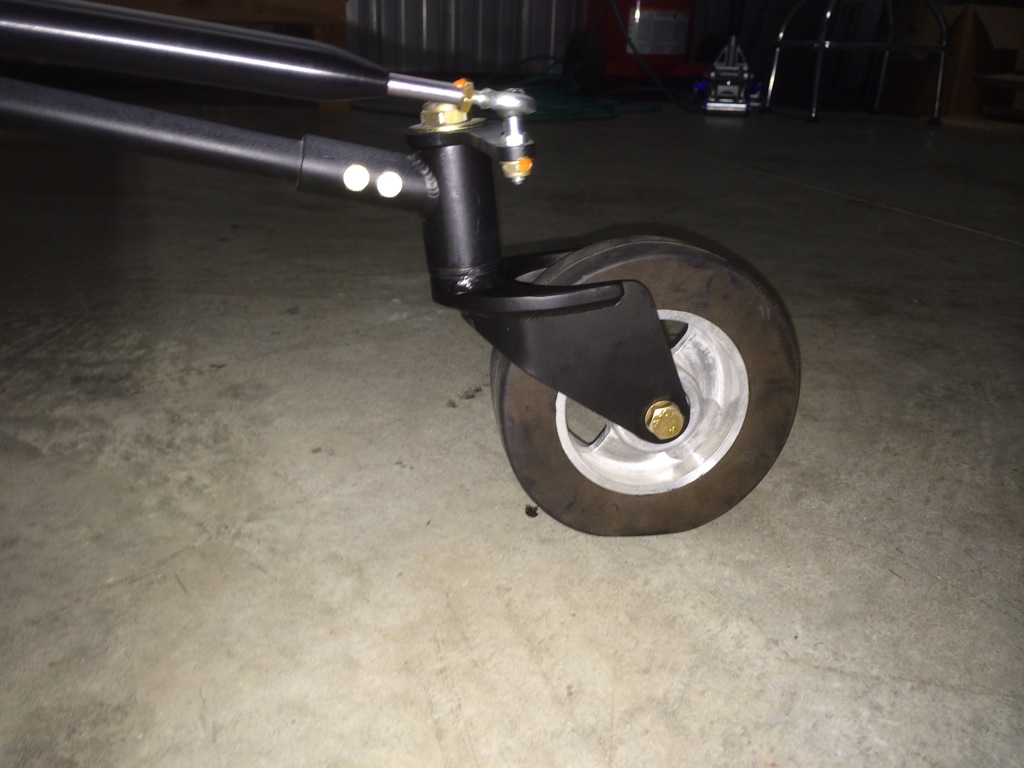 I installed the baggage wall and then taped up a ziploc bag as the temporary holder for my registration, airworthiness certificate and phase 1 operating limitations. 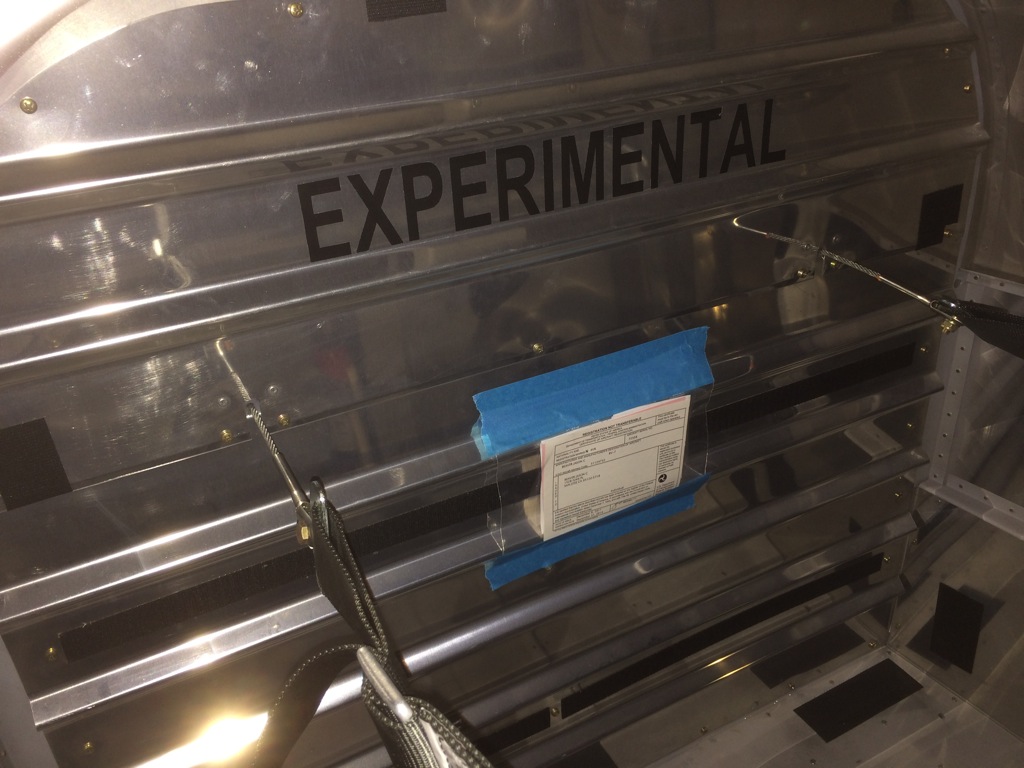 With the flaps adjusted, I could now install the flap covers.

Finally, I vacuumed out the inside of the plane and installed all of the forward interior components.  I’m not going to bother installing the interior pieces in the baggage area for phase one (except for the final weight and balance). 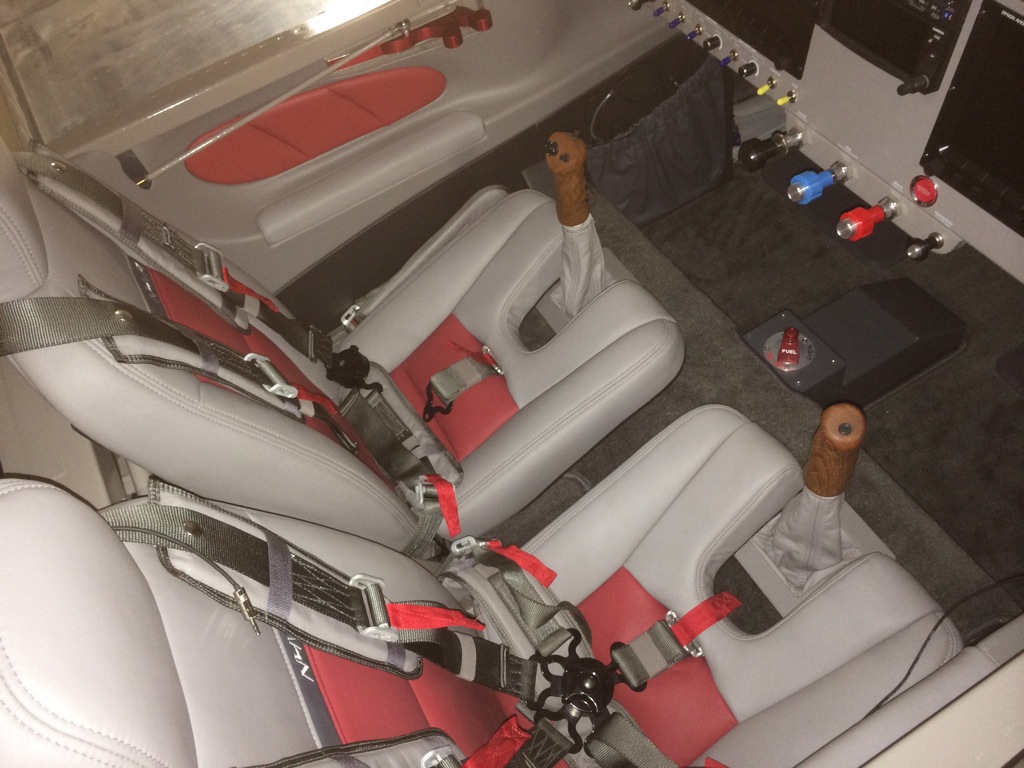