I left for Oshkosh the Saturday before the show for a planned overnight stop in Salt Lake City. Unfortunately, I got a later start than I planned, so I didn’t end up leaving until early afternoon which put me right in the middle of the afternoon bumps and storms. Approaching the Sierras, it was clear I was going to have to dodge some buildups. 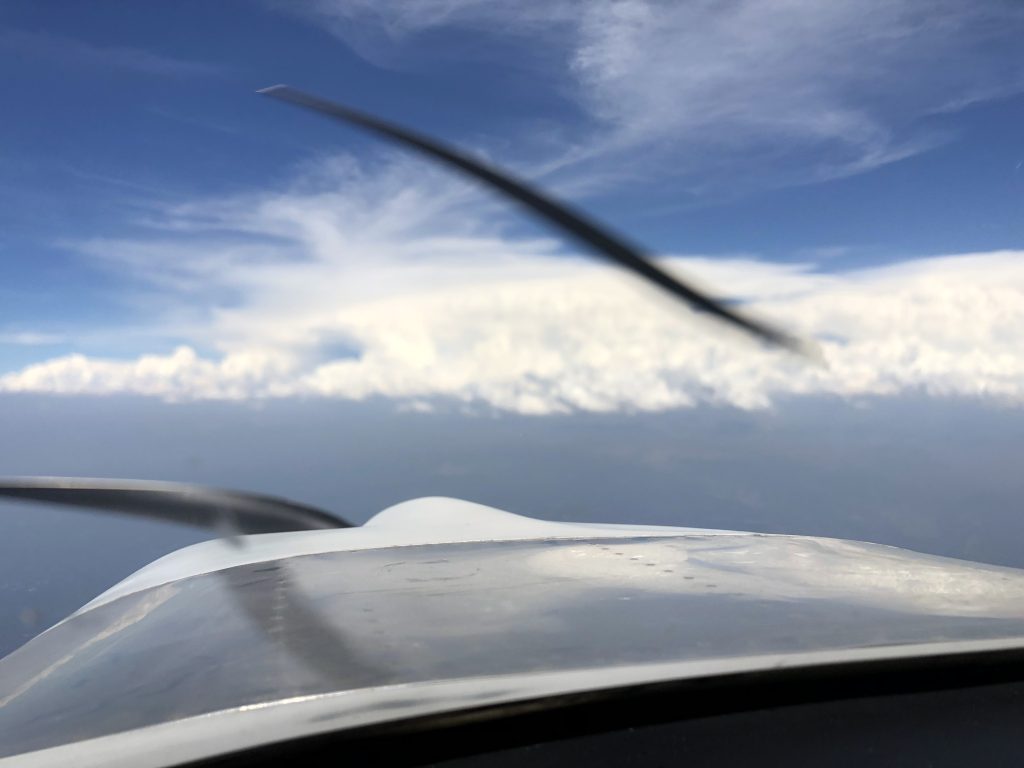 I brought oxygen, so I tried popping up to 17,500′ to get above them, but they still towered above me. The plane is pretty mushy at 17,500′ and the autopilot couldn’t keep the wings level, so I dropped back down to pick my way through. 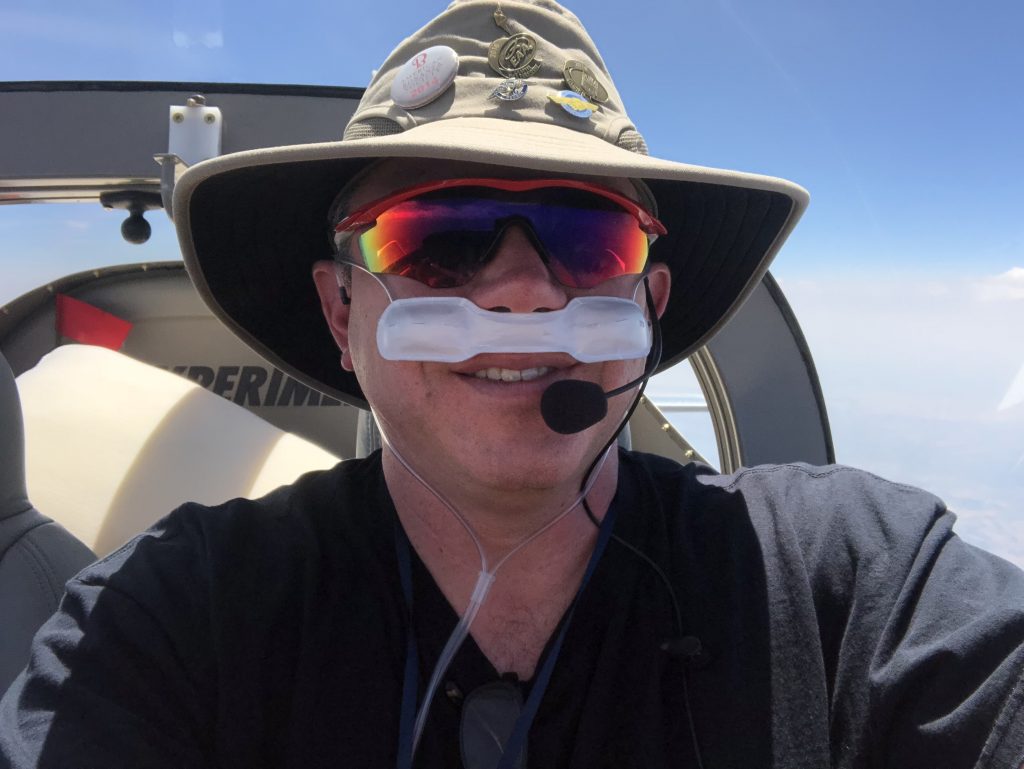 Past the Sierras, I had mostly clear skies until a couple of hundred miles outside Salt Lake City. I normally fly through the two large restricted areas west of the city, but storms had that corridor completely blocked off. The air was smooth and I had a nice tailwind, so I didn’t mind the diversion around them to the north too much. 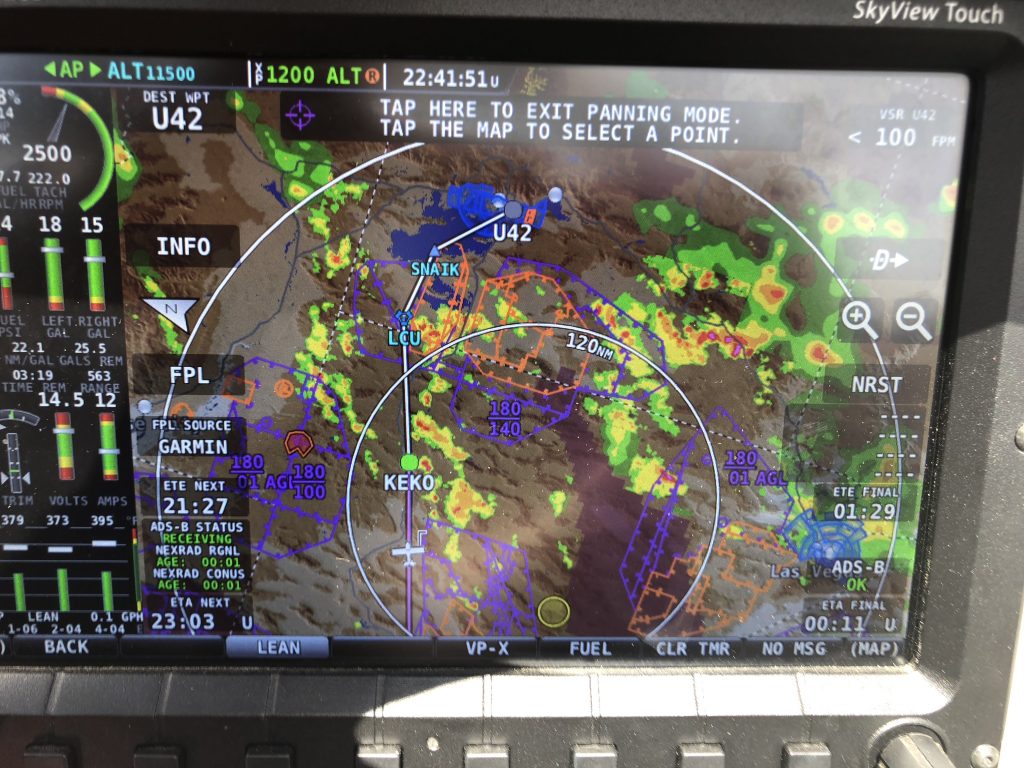 I got an early start the next morning and after dodging a few early morning storms, had no significant weather all the way to Oshkosh. Past my first fuel stop, I flew over a solid overcast for a couple of hundred miles, but it cleared out about an hour west of Oshkosh. 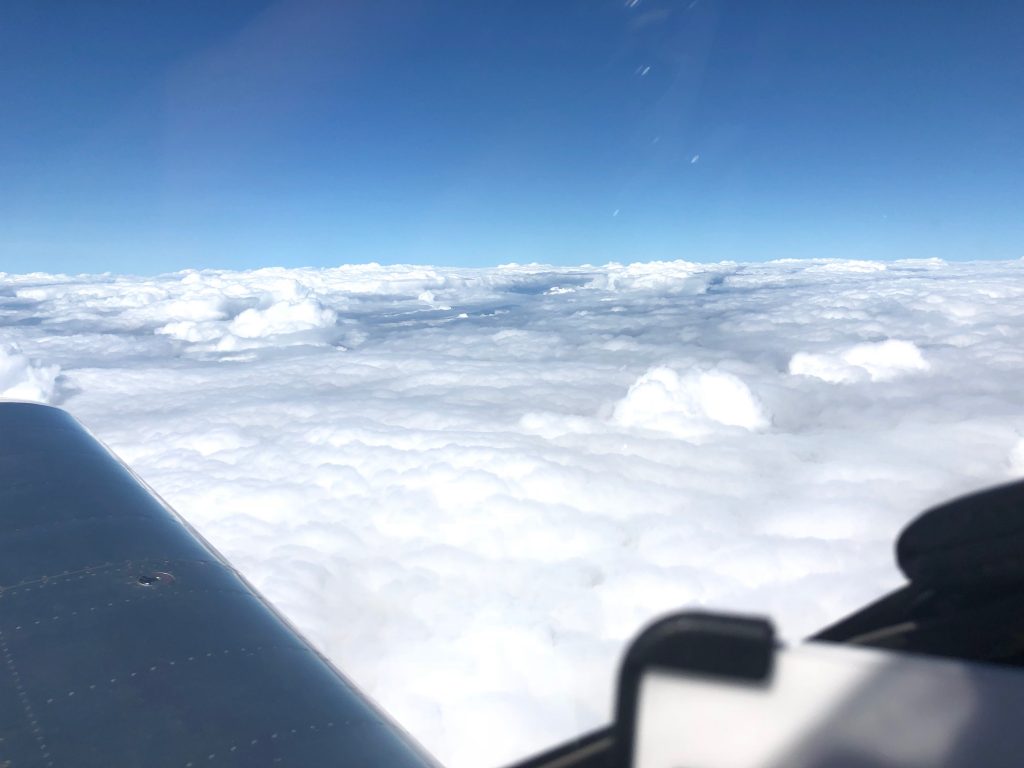 The arrival into the show was insane. I started listening to the arrival frequency about 100 miles out and it sounded like complete chaos. The controller was constantly chastising pilots for being too close together or not in single file. I heard the same chatter last year, but the arrival was empty when I got there, so I pressed on to take a look for myself. Not surprisingly, it hadn’t gotten any better and perhaps even got a little worse.

The controller was pretty clear that nobody should cross RIPON (the first fix on the arrival), so I entered the Green Lake hold to await improvement. Planes were everywhere and plenty of people were not at their assigned altitudes or airspeeds (1,800′ & 90kts or 2,300′ & 135kts). There were even a number of clueless pilots who flew right threw the hold, oblivious to all of the planes around them. The controller said to expect a wait time of about 30 minutes, but multiple people chimed in on the frequency that they had been holding for 2.5 hours or longer.

After a number of turns around Green Lake, there hadn’t been any reminders to not cross RIPON in quite awhile, so I proceeded up the tracks to FISKE, only to be told to start holding at Rush Lake; progress! They had shutdown 36L & 36R for some mass arrivals, so they were down to one runway and were asking for two miles in trail spacing on the arrival. Every time you tried to create this much spacing, five other planes would fill the gap and you looked like the jerk who was following too close to the plane in front of you. Argh!

While holding, one pilot (who was still outside RIPON) said he was fuel critical and asked for priority. The controller suggested he go to his alternate, but the pilot protested and claimed he didn’t have enough fuel to get there. The controller mentioned that the alternate was only 13nm away, and again the pilot claimed he didn’t have enough fuel to get there. This was obviously bullshit since Oshkosh is still 15nm from RIPON and he was outside that, but the controller gave him a priority arrival. Another pilot got on frequency and said he’d already thrown up twice and needed to get on the ground, so the controller also cleared him through.

After a bunch of turns around Rush Lake, I was headed up the tracks for the umpteenth time. Every single plane ahead of me was told to turn left and reenter the hold, but I got lucky and got the right turn into the show. After 1.5 hours of holding, I was finally cleared to land on 36R and taxied into Homebuilt Camping! 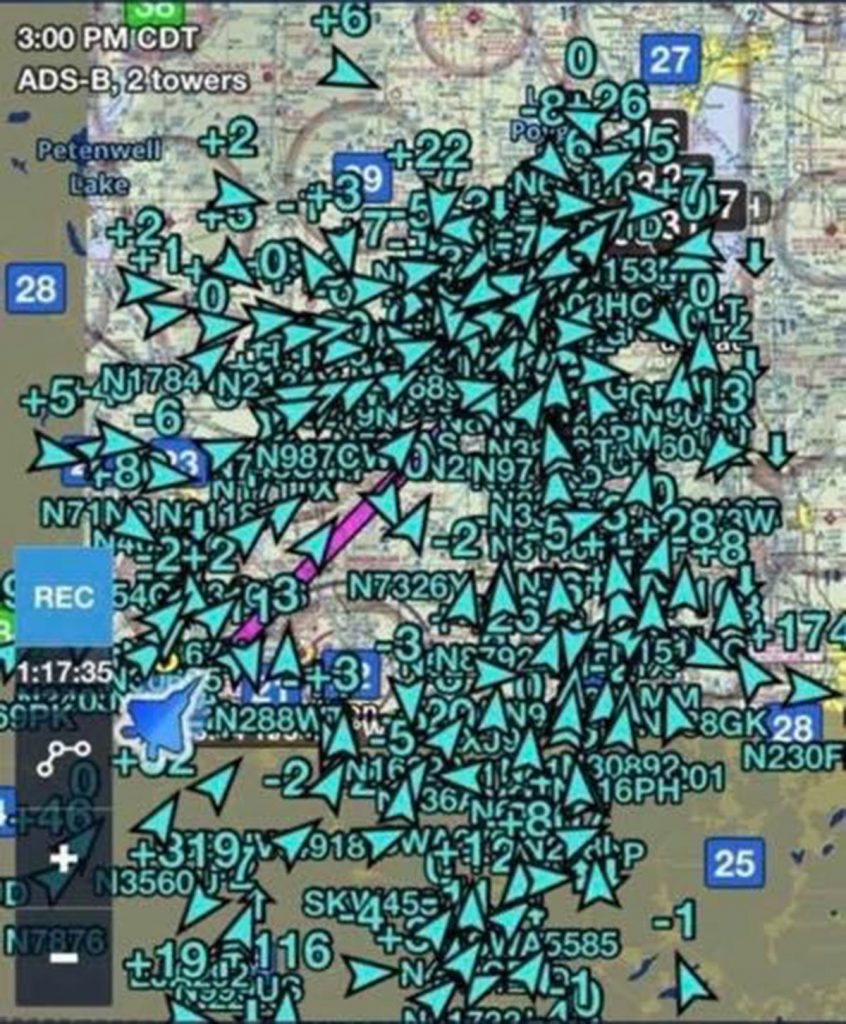 While visiting the Aircraft Spruce booth, I saw they had a combination prop lock on their display rack. Since picking locks is kind of a hobby of mine, I fiddled with it while a couple of friends were looking at something else. I popped the lock open in less than one minute, without even looking at the dials. Anyone who would steal your airplane would be at least as skilled at picking locks, so please don’t trust them to keep your plane safe. 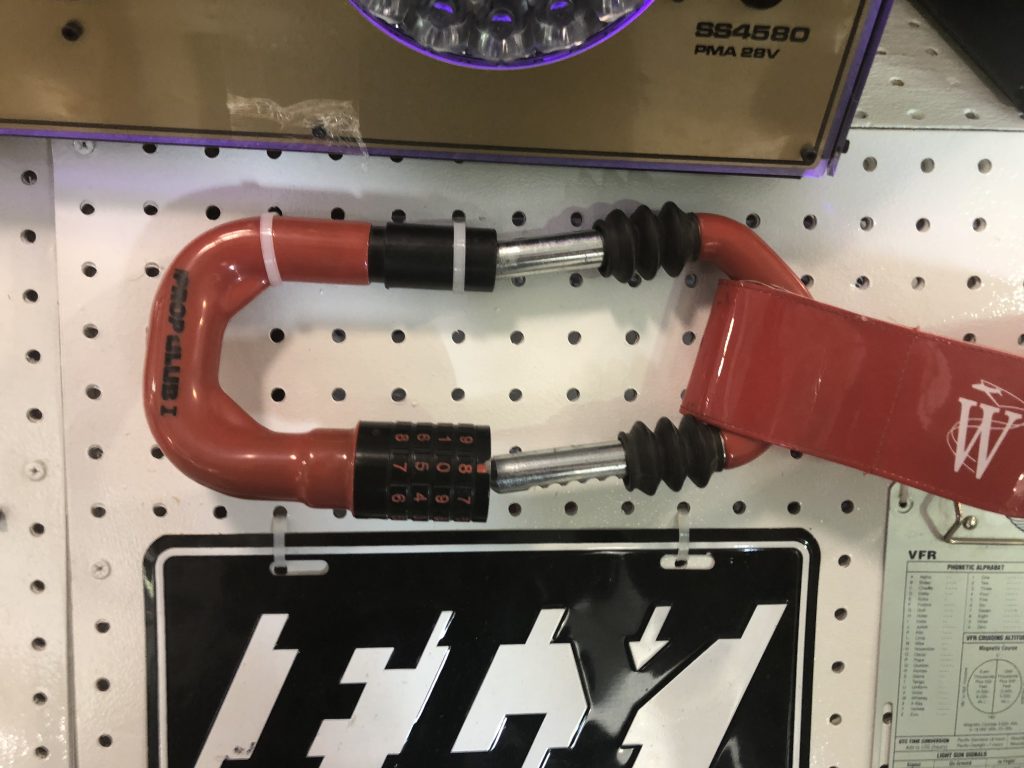