I wasn’t able to spend much time at the hangar today, but I did get down there for a bit in the afternoon.  The winds were way too strong to fly (at least until I get more practice in the plane), but I did get a chance to resume work on the gear leg fairings.  I had previously trimmed them to size and put strips of tape along the aft edge as reference points to ensure they’re straight.  I then clamped the trailing edge with some cleco clamps and drilled the hinges to the inside of the fairing.  After countersinking, I removed the hinge and deburred it.  I used some of the G/flex epoxy from West Systems to bond the hinge halves to the inside of the fairing and then riveted into place with some soft rivets.  I only had time to do the right fairing today, but hopefully I can knock out the other one tomorrow. 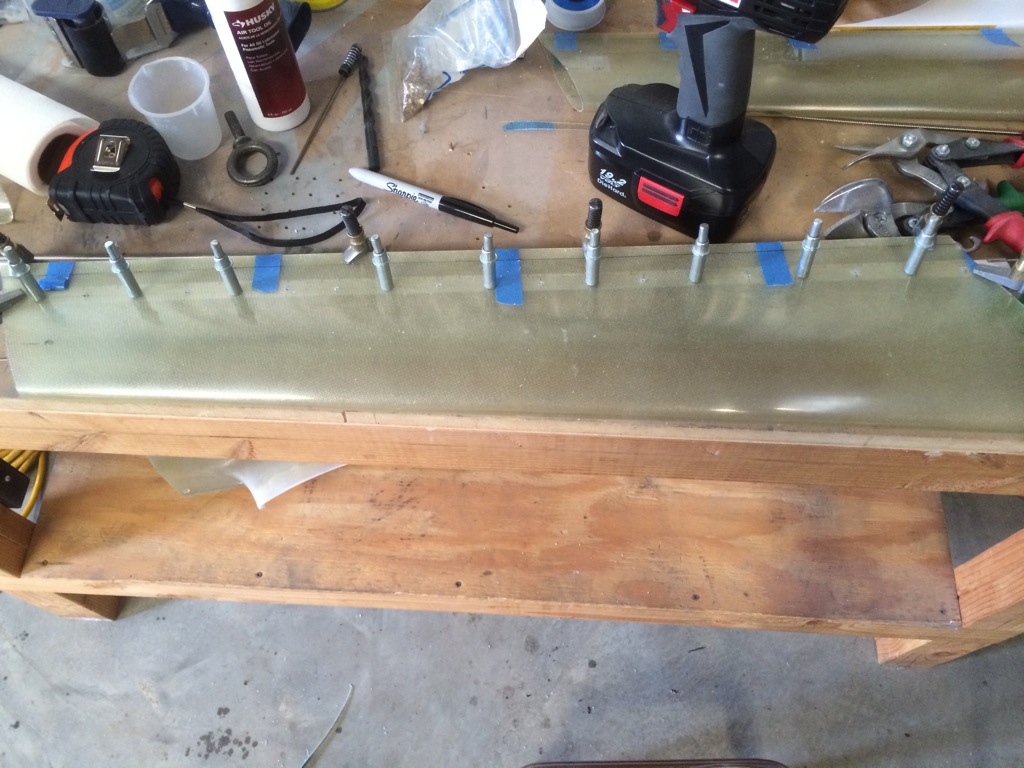 I had been planning on fabricating some jacking points for a while now.  Even though I’m going to lift the plane by the engine mount using the shop crane I bought, I need something under the wings to keep the plane from swinging.  Since I fabricated aircraft jacks awhile ago, using them to support the wings seemed like the best plan.  I bought some 1″ galvanized pipe caps and drilled them for a 3/8″ bolt.  I then inserted a 2″ long 3/8″-16 bolt through and tightened it down with a washer and nut.  This is screwed all the way down to the stop I installed in the wing tie-down point.  I might trim about 1/4″ off the bolt to reduce the bending load a little further. 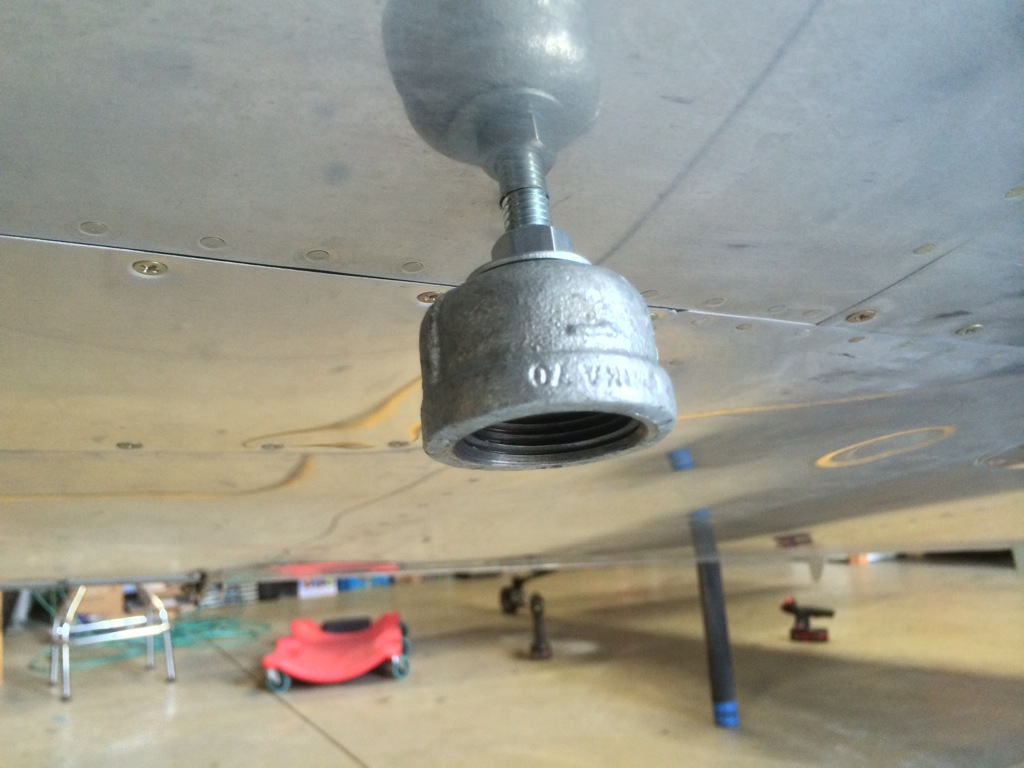 The cap just fits over the end of the ram on the jack.  It has just enough room to move around that I can insert it over the ram without having to be perfectly aligned with it. 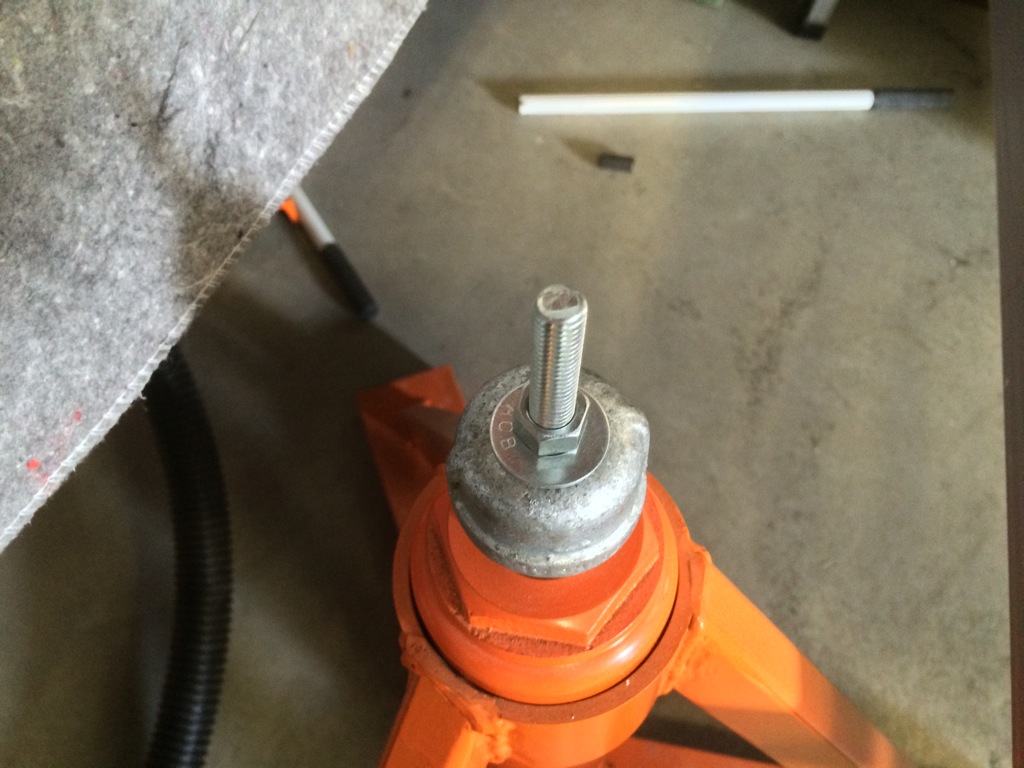